Anne Curtis gets "strangled" by Vice Ganda after she told him, "Pumangit ka na!" 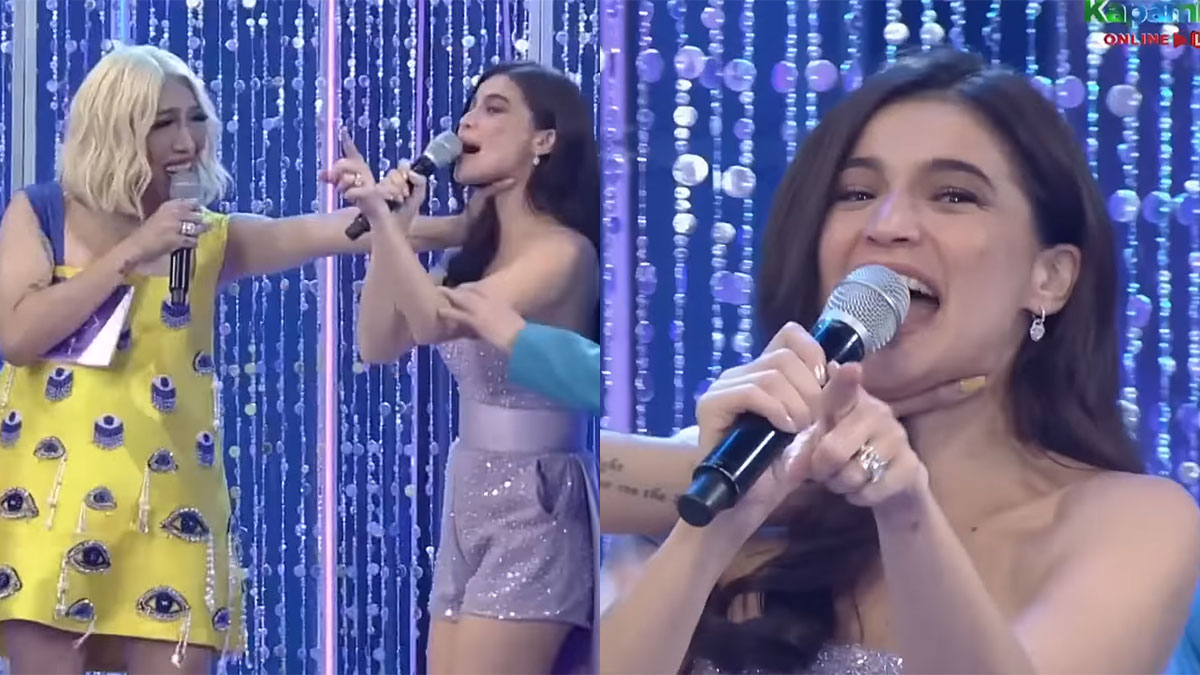 It happened during the “Miss Q&A” segment while Vice and Anne were introducing the mechanics for the competition’s next part, which entailed a debate.

Vice acted as the mediator.

Anne, who was reading her spiels at the teleprompter, asked Vice to come to the middle, blurting out, “Kaya sistarette, ito na, pumangit ka na.”

Vice, who was about to go to the middle area of the stage, stopped and looked at Anne, and hit her butt with his cue cards! 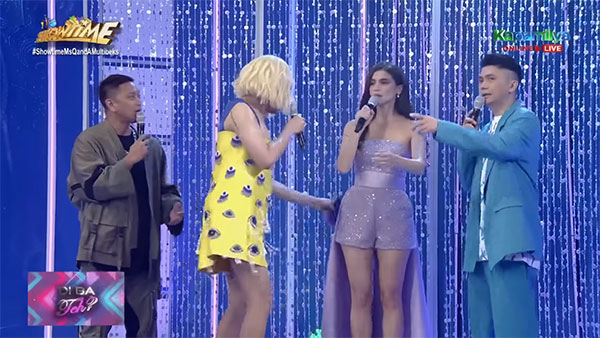 Vice then pretended to strangle Anne due to her "mishap." 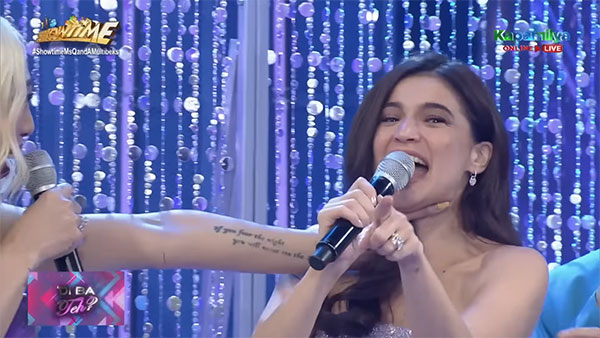 He was referring to Anne's monicker "Pambansang Dyosa." 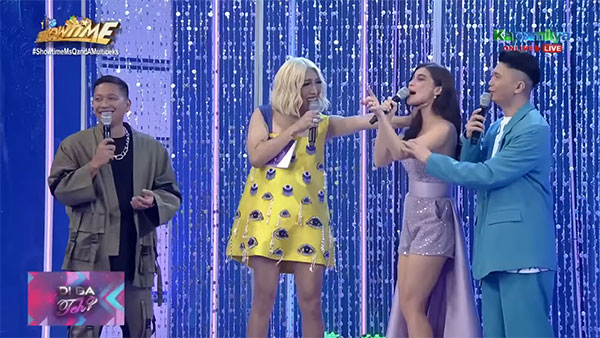 Vice then asked if he had to go to the middle of the stage, and invited Jhong Hilario to join him.

Jhong then pretended to defend Anne and explained to Vice that it was actually a compliment. 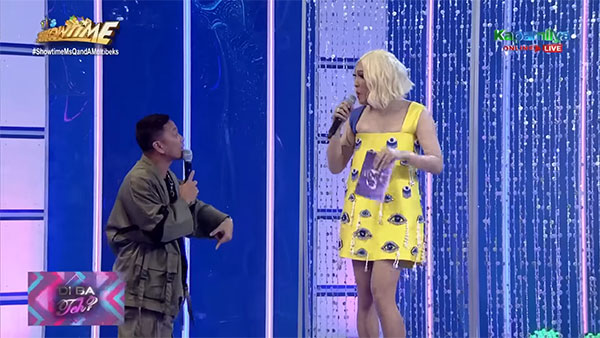 Anne then revealed the truth behind her “misreading” the spiel.

The four hosts then proceeded with the “Miss Q&A” segment.