Thalia, 50, recreates Marimar look with dress she wore 28 years ago 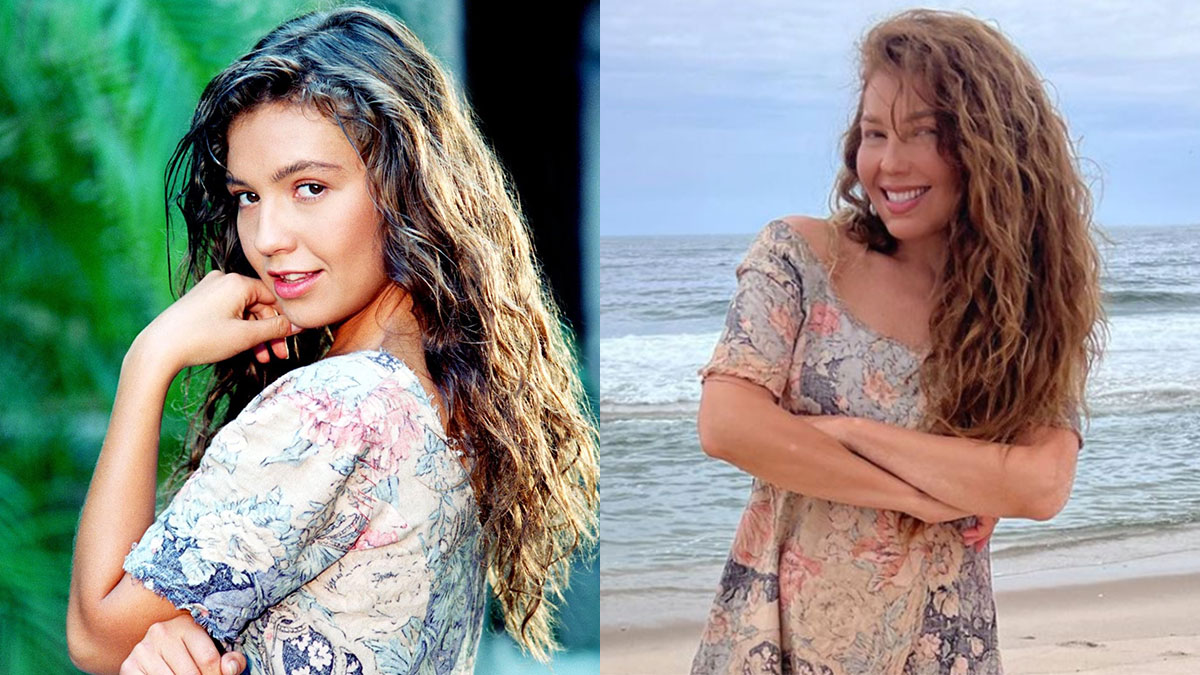 THEN AND NOW! What can you say about Thalia's look as Marimar in 1994 (left) and 28 years later?
PHOTO/S: Televisa / @thalia on Instagram

Thalia, 50, takes a trip down memory lane by wearing her iconic barrio dress from her series, MariMar, which premiered in 1994.

On August 1, 2022, Thalia had a pictorial on a beach similar to the place where beach scenes of MariMar was shot.

Thalia explained in her video that the dress was the original piece she wore when she played the role 28 years ago.

Produced by Televisa, MariMar was Thalia’s successful drama series that aired from January to August 1994.

In 1996, Thalia became a household name in the Philippines when RPN-9 introduced the Mexicanovela craze and bought the rights to air MariMar on weekdays, at 6:30 p.m.

In the caption of Thalia's video, which was written in Spanish, Thalia talked about how she felt characterizing the role that made her world-famous almost 30 years ago.

She is also happy that MariMar continues to be loved by the audience regardless of their age and location.

MARIMAR IN THE PHILIPPINES

In the Philippines, MariMar achieved an all-time high rating of 61.7%, based on AGB Nielsen's data.

At that time, the high ratings of MariMar caused drastic changes in the programming strategies of ABS-CBN and GMA-7.

ABS-CBN decided to cut its flagship newscast TV Patrol, which used to be the number one program in that timeslot, from one hour to thirty minutes.

It then moved its top-rating afternoon series, Mara Clara, into the prime-time slot. The show was headlined by Judy Ann Santos and Gladys Reyes.

ABS-CBN would later acquire two Thalia shows to air on its network: Maria Mercedes in 1996 and Rosalinda in 1999.

It also aired MariMar several times in the morning slot.

In 2007, GMA-7 did its own adaptation of the telenovela, and held auditions for several Kapuso leading ladies. The plum role eventually went to Marian Rivera, and catapulted her to stardom as GMA-7’s “Primetime Queen.”

GMA-7 would later have another adaptation of MariMar in 2015 with Miss World 2013 Megan Young playing the lead role.