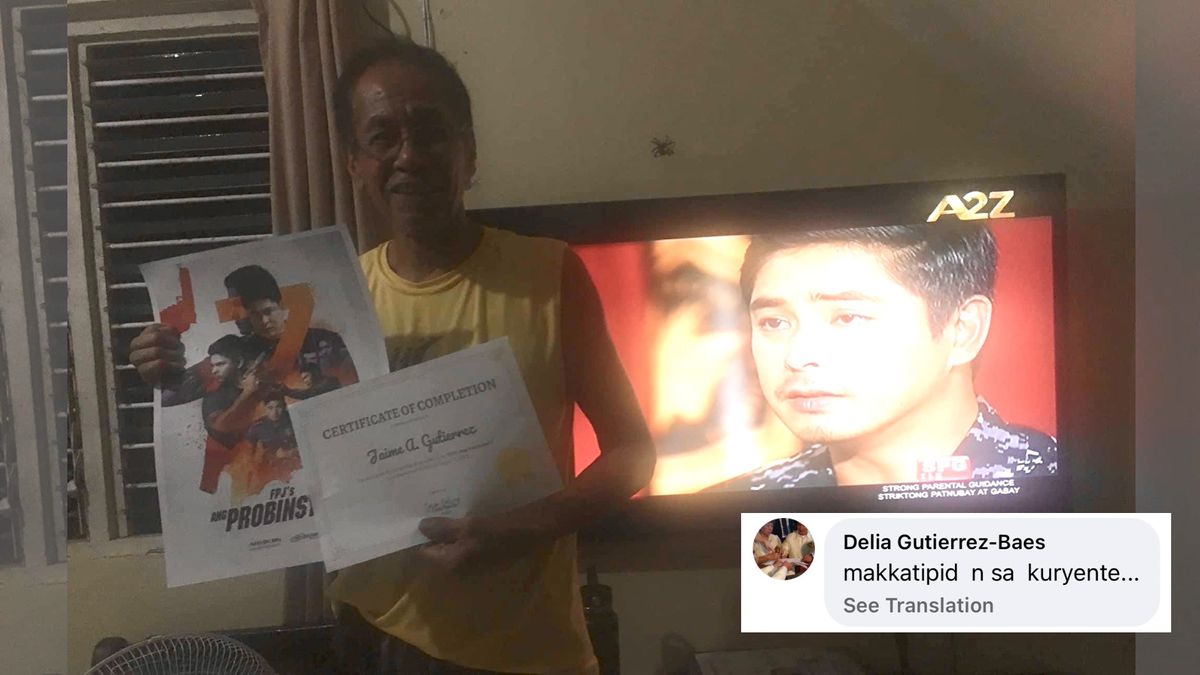 Jaime G. Gutierrez, diehard Ang Probinsyano viewer, never missed a single episode all throughout its seven-year run. For his sheer loyalty and dedication, his daughter Jan presented him a "Certificate of Completion" mock award, much to the delight of netizens who, just like Jaime, will find their evenings a little emptier with the show's ending.
PHOTO/S: Screegrab from Facebook

On August 12, 2022, a Facebook post circulated online after netizens were tickled pink by one avid televiewer's heartwarming story of loyalty and devotion.

The story became even more relevant since it coincided with the much-awaited ending of the top-rating ABS-CBN teleserye, FPJ's Ang Probinsyano.

In the photo, a die-hard Ang Probinsyano fan, identified as Jaime G. Gutierrez, holds a poster of the show on one hand, and a "Certificate of Completion" on the other.

The brains behind the mock award is none other than Jaime's daughter, Jan Gutierrez, who captioned her post, "Congratulations, Papa! For successfully completing all episodes of "Ang Probinsyano"

The post was published along with the hashtags #angpambansangpagtatapos and #FPJAP7MissionAccomplished

As of this writing, it has already garnered over 3,000 shares.

Congratulations poured in from commenters who lauded Mang Jaime for his sheer determination in watching the primetime actionserye unfold all throughout its seven-year run. 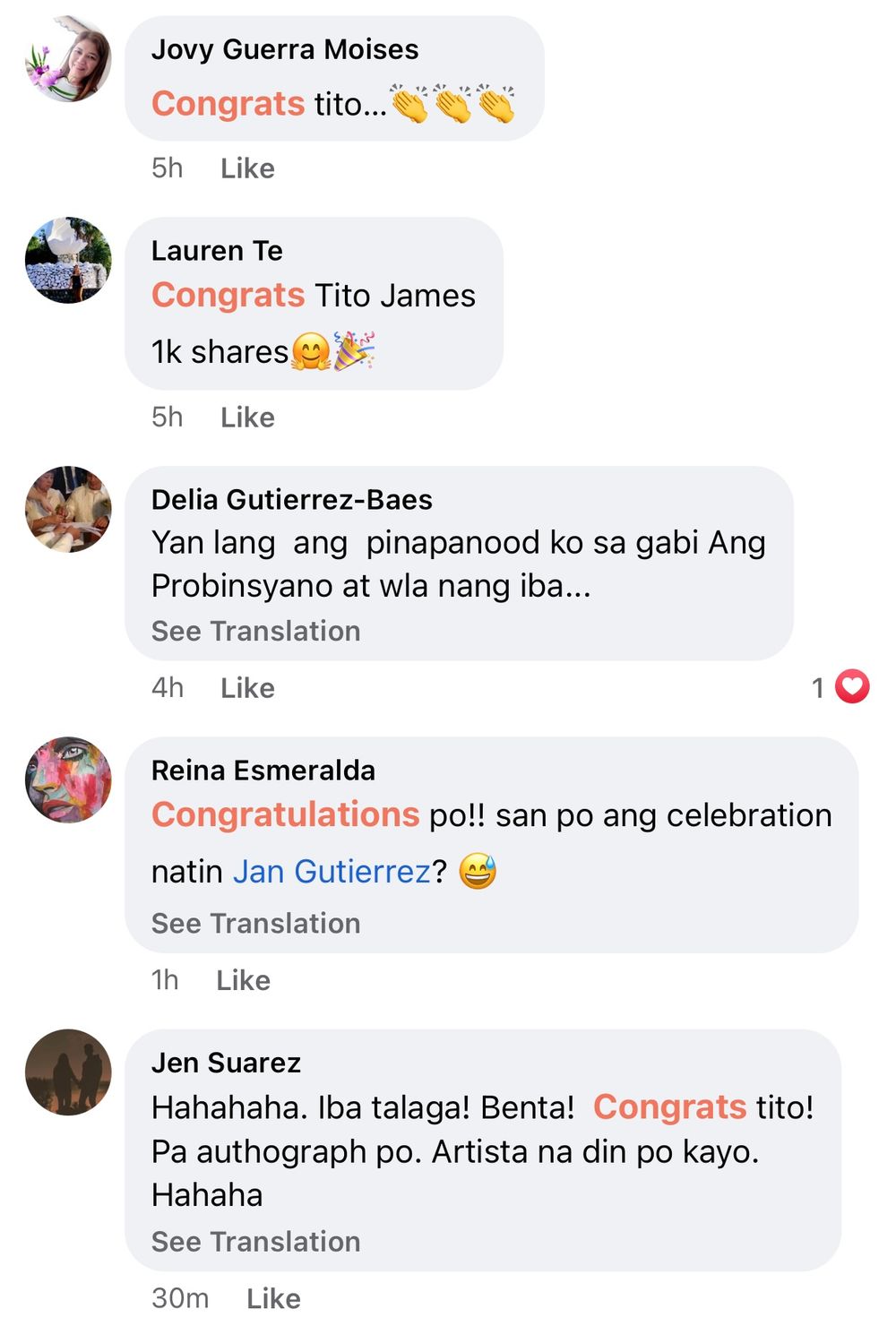 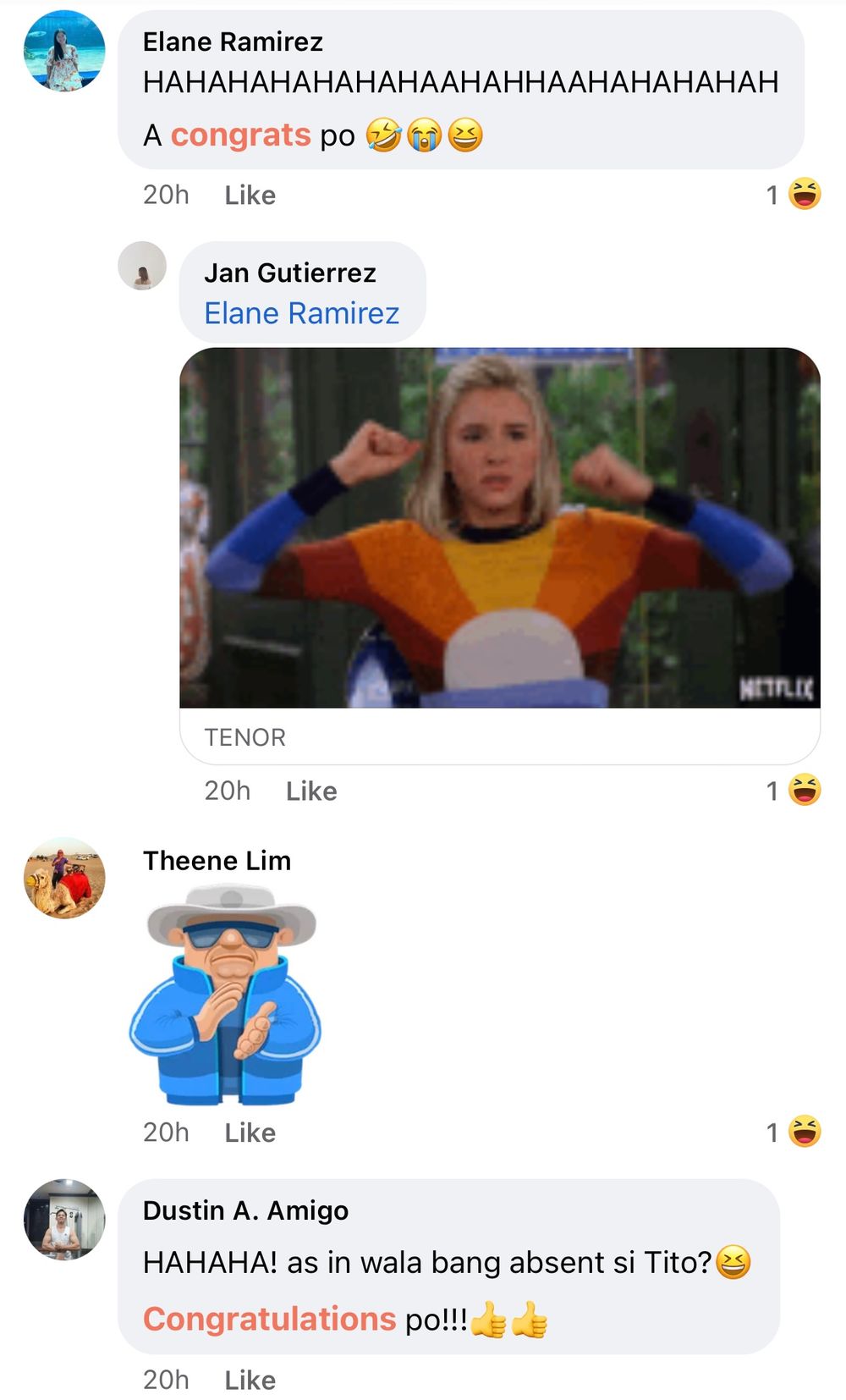 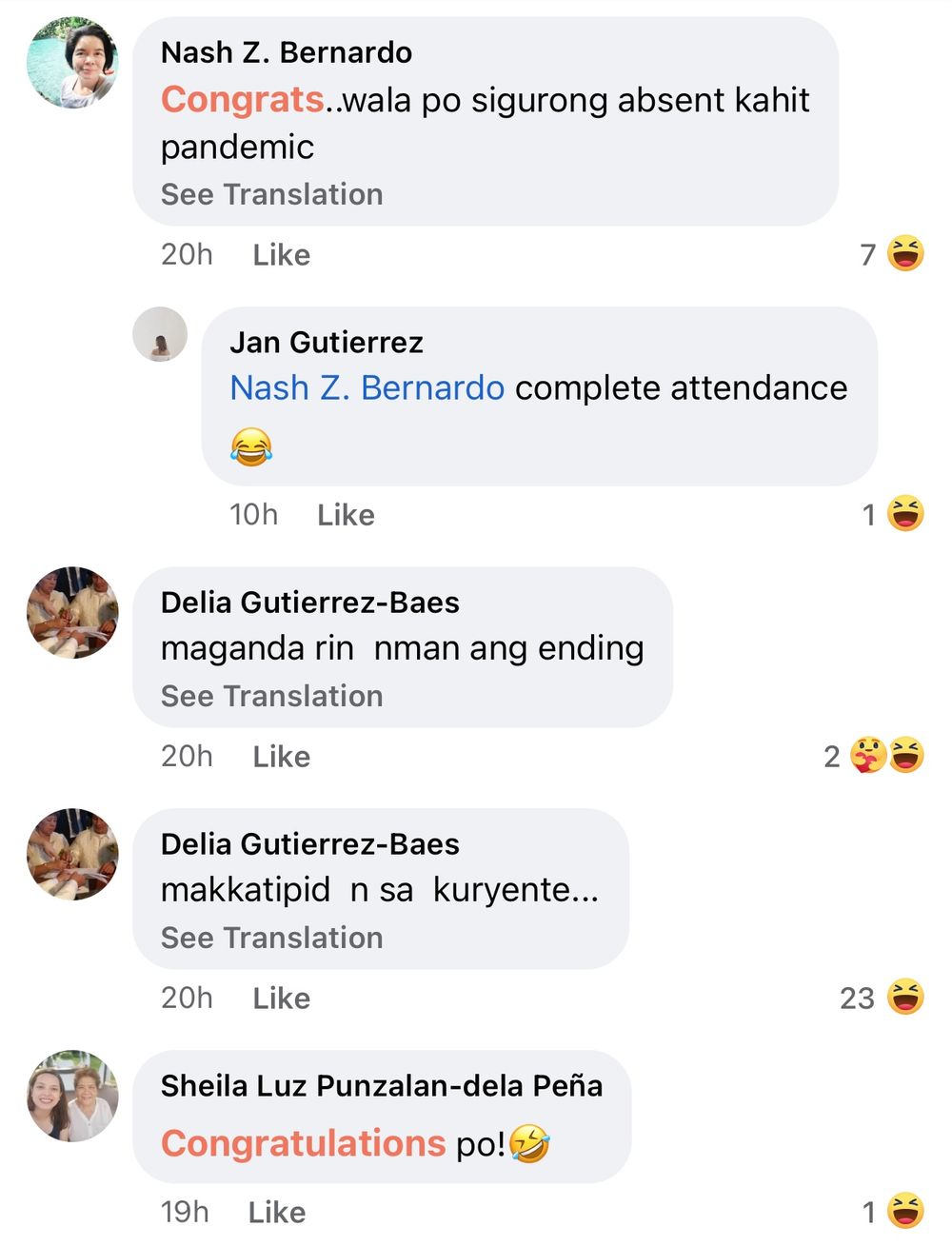 In an exclusive interview with Balita Online, Jan discussed her father's unusual obsession with the show, as well as his unabashed adulation for its lead star, Coco Martin.

She revealed that Jaime is actually a retired soldier, which explains why he easily identifies with the lead character's exploits and misadventures.

Jan also added that if her dad could have his wish, he would want to meet and spend time with Coco, who also served as the teleserye's director.

With the eventual demise of the various member's of Cardo's Task Force Agila over the past years, Mang Jaime couldn't help but draw parallels with his past exploits with rebel forces from the New People's Army, where he, just like Cardo, emerged as their unit's sole survivor.

Towards its final weeks, the longest running drama series on Philippine television with 1,696 episodes to its name has consistently trended non-stop all over social media.