"On The Job: The Missing 8" mini-series nabs Emmy nomination 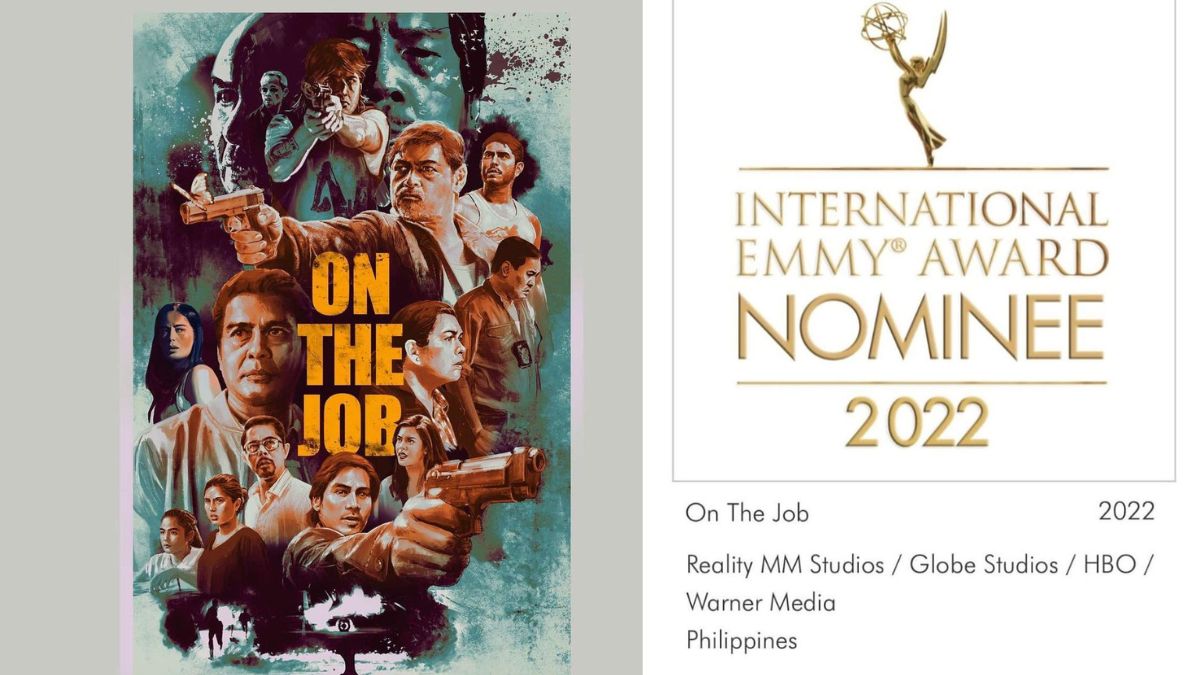 The Filipino crime thriller mini-series On the Job: The Missing 8 has been nominated for the category of Best TV Movie/Mini-series at the 50th International Emmy Awards.

This exciting news was seen on the official list of nominees in the Emmy Awards website released on September 29, 2022.

On the Job is a six-part mini series on HBO Asia created by Director Erik Matti and his wife, writer Michiko Yamamoto.

The TV series is adapted from the original 2013 movie at the same title, and its sequel The Missing 8, which premiered on 2021 as the only Filipino production at the 78th Venice International Film Festival, where veteran actor John Arcilla won the Volpi Cup for the Best Actor.

Read: John Arcilla, Colin Farrell now have something in common: the Coppa Volpi for Best Actor

According to HBO, the mini-series centers around crime syndicates that temporarily contract prison inmates to carry out political assassination for those in power. Surprisingly, these syndicates are being run by politicians.

Erik posted a screenshot photo of the Emmy page showing his work nomination.

He wrote in the caption (published as is), "Tons of entries make their way to the Emmy's each year.

"Great stories and well-made productions waiting to be considered.

"In the age of streaming, the competition is is stiff. Who would have thought that a limited series like #OnTheJob from a small country in the Pacific would be recognized alongside some big titles from the UK, Chile, and France?"

"It is our honor, Emmy's. Congratulations, Pinas!," he added.

The awarding ceremony will take place on November 21, 2022 in New York City.