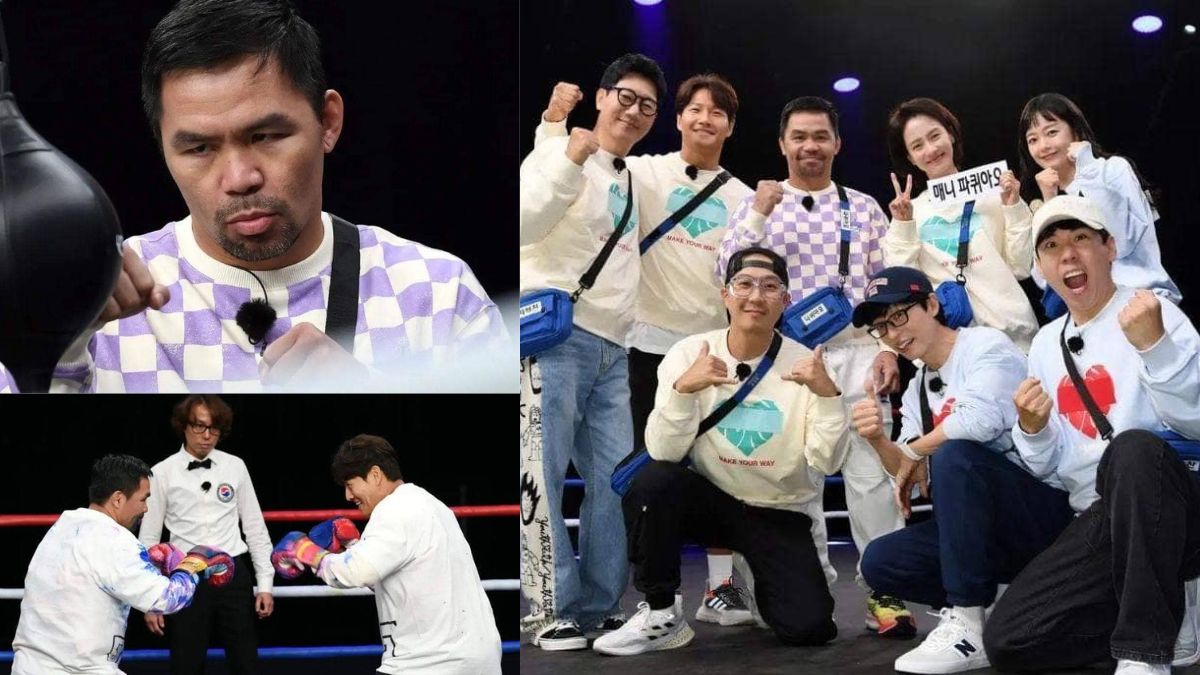 Boxing champ and former senator Manny Pacquiao is set to appear in an upcoming episode of the South Korean variety show Running Man.

Running Man Korea confirmed this on Thursday, October 13, 2022, via their official Instagram page.

Other photos showed Manny speaking with Song Ji-hyo and having a boxing match with Kim Jong-kook.

The post's translated caption read, “[Running Man × Pacquiao.] The best ever meeting. Finally received it in person. Members and crew are all in fan mode. The best race ever with 'legend boxer' Manny Pacquiao."

Recently, a Philippine version of Running Man was launched by GMA-7.

Aside from Running Man, Manny will also guest in the South Korean variety show Knowing Bros alongside Sandara Park.

Sandara announced this through her Instagram stories on October 12, 2022.

Her post showed a collage featuring photos of herself, Manny, Korean singer Kim Yohan, and actors Yoon Hyungbin and Lee Hoo, all of whom will be guests on the same episode.

The caption read, “Long time no see Pacquiao. Wow… In the middle of these huge fights… I’m just.. a food fighter?!” 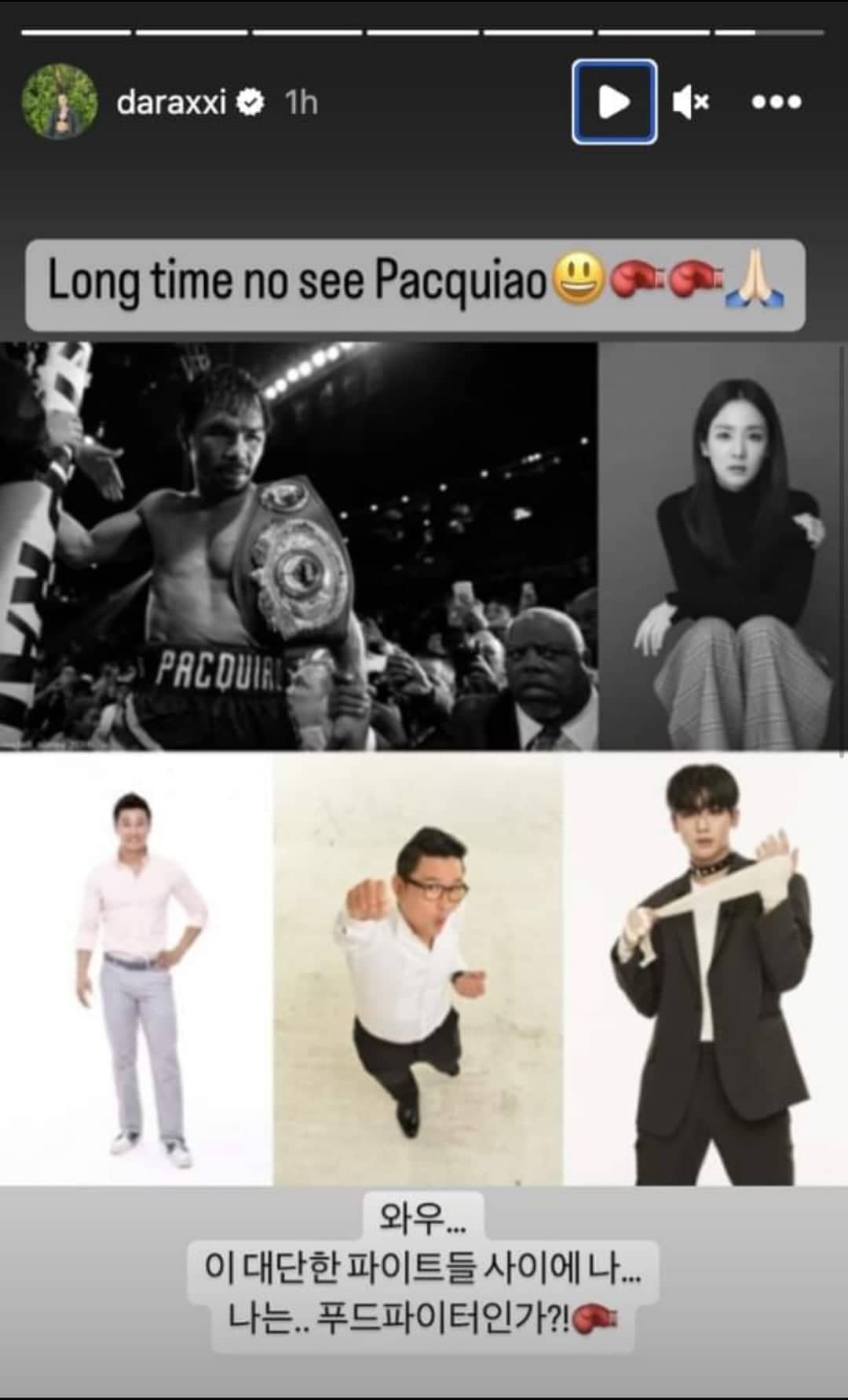 At this writing, Knowing Bros, which airs on JTBC, has yet to announce the airing date of Manny's guesting.

Meanwhile, the former senator is in South Korea for an upcoming exhibition fight with Korean mixed martial artist DK Yoo.

This is not the first time that Manny will appear in a Korean show.

In 2017, he was a guest in the variety show Infinite Challenge, which was also hosted by Yoo Jae-suk and Haha.