Sunshine Dizon on criticism about her Kapuso comeback: "I can work with anyone I want to work with." 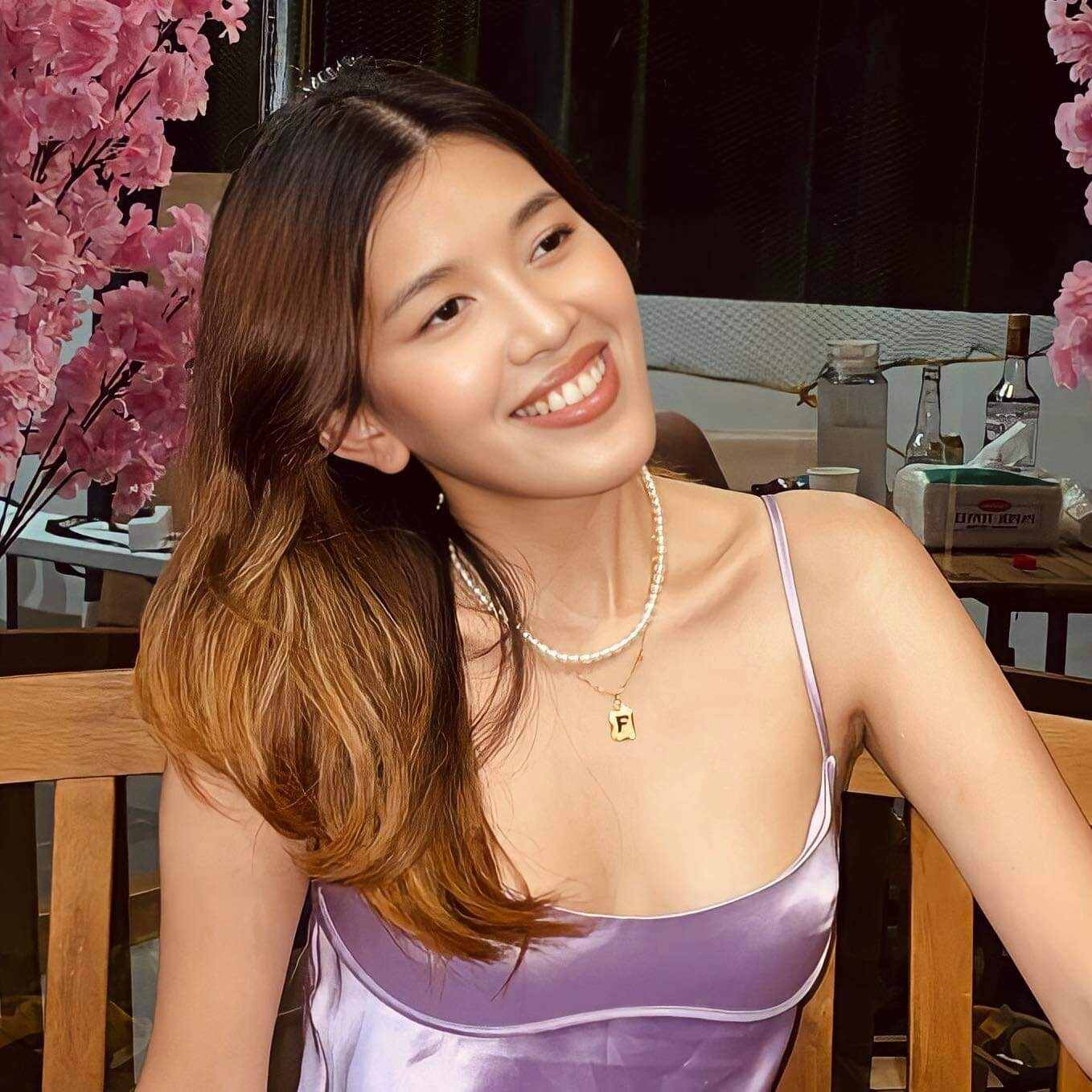 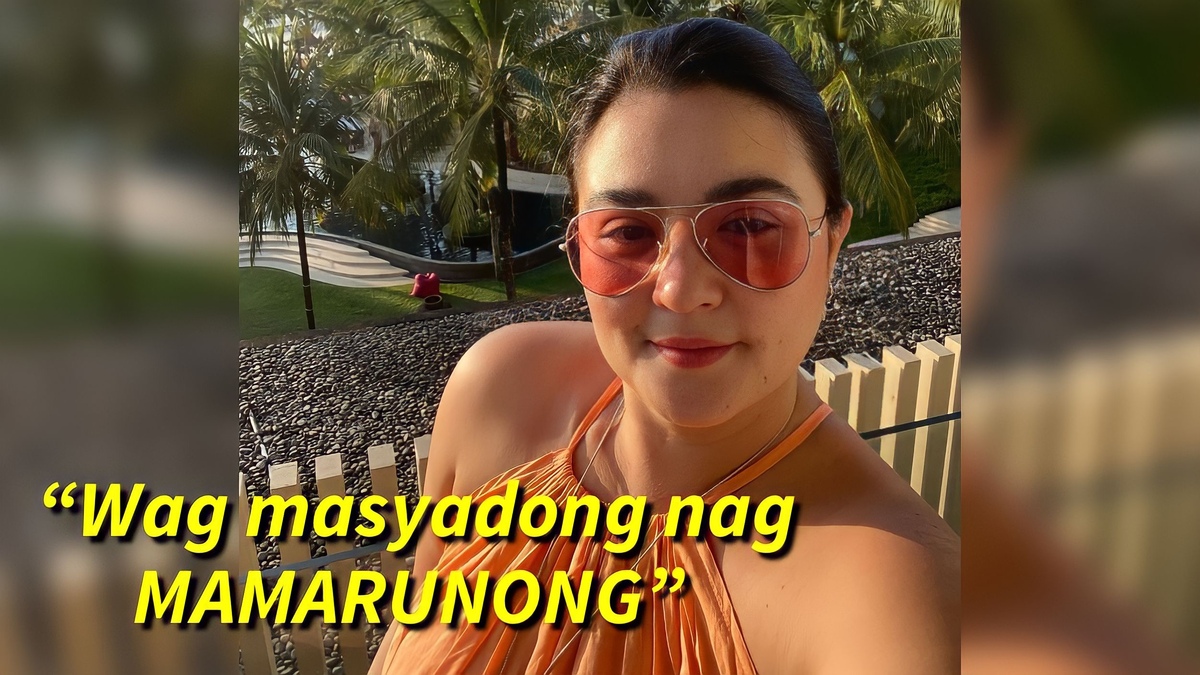 Sunshine Dizon is all set to make her Kapuso comeback this February, and she is making one thing clear—she can work with anyone she wants.

Following reports of the 39-year-old actress's return to GMA-7, a few netizens feel skeptical about it.

On Wednesday, January 18, 2023, Sunshine replied to a now deleted tweet that suggests mild disapproval of her return.

"I can work with anyone I want to work with. I can also choose not to work kung gusto ko. 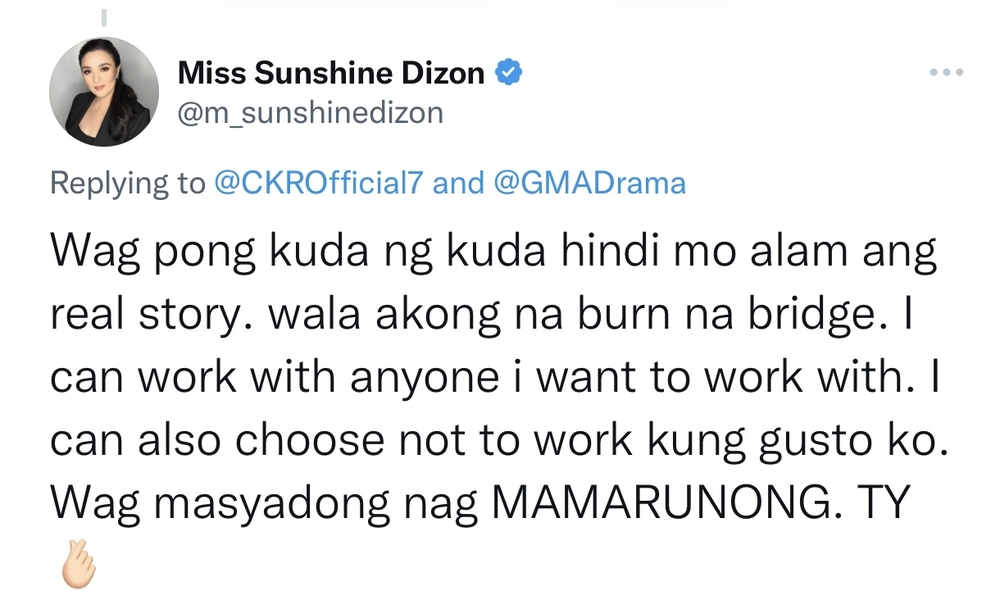 This isn't the first time that Sunshine aired out her disappointment regarding comments about her network transfers.

"Some people are assuming things na hindi naman talaga nila alam kung ano yung totoong mga nangyari behind the decision of whatever decision I made."

Read also: The making of Encantadia: how it came to be, what was the original story

It can be recalled that in 2021, Sunshine’s contract was not renewed by GMA-7, and as a freelance actress, she decided to accept two projects from ABS-CBN.

Prior to doing the "megaserye" project with GMA, Sunshine's latest work was with ABS-CBN, for the romantic-comedy series Marry Me, Marry You, which aired from 2021 to 2022.