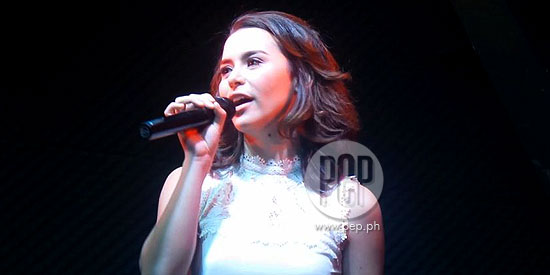 Yassi Pressman is paired with Andre Paras for a Wattpad movie titled Girlfriend for Hire.


The 19-year-old actress will have her first starring role with onscreen partner Andre Paras.


Their tandem was previously seen in the 2014 movie Diary ng Panget but back then, they played support to lead stars Nadine Lustre and James Reid.

“We’re just us, when we’re together.

“We’re doing our second shoot on Saturday so it’s coming along.

“So we promise, we’re gonna try to finish it end of May.

She exclaims, “Oh no! I don’t want to leave my teenage years.”

Yassi also cleared the issue about her joining the cast of the Pangako Sa ‘Yo remake, which will be topbilled by Kathryn Bernardo and Daniel Padilla. There are rumors indicating that she will play the role of Bea Bianca Bejerrano or Electrika Powers.

She said, “I don’t know actually. I woke up a month ago trending.

“Kasi everyone is saying that I am part of Pangako Sa ‘Yo, there’s no confirmation yet.