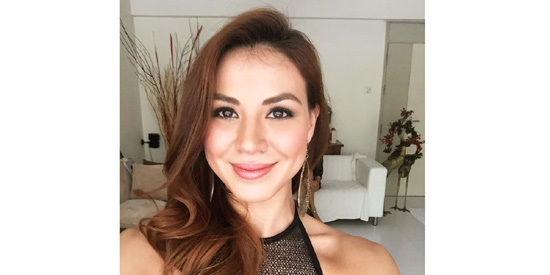 After three years, Solar Entertainment has chosen to rebrand its Jack City cable channel as CT, which stands for City Television.

At a press luncheon held at F1 Hotel at BGC, Angela Robinson, the PR and external communications manager of Solar Entertainment Corporation, explained why they made this move.

“We decided to rebrand Jack City to Jack CT [to] put something that is more relatable to the audience. So one of the targets when we did the channel is to make it more relatable. So, like, for the station ID, if you’re familiar with Jack City, it’s like Jack TV. It’s a logo playing that’s animated.”

CT stands for City Television, which will cater to audiences who have urban and hip lifestyles. It has been officially on the air since March 22, 2015.

Jack TV is a Filipino-owned cable channel that offers Western drama series, comedy, animation and reality shows while Jack City, formerly known as Chase, caters to older male and female audiences, especially those in the corporate world. Its programming is made up of drama series and films that are in the crime and action genres.

When asked about the programming of Jack CT, Ms. Mitos Borromeo, Chief Operating Officer of Solar Entertainment Corporation, graciously gave us the lowdown. “Well, in CT specifically, we’ve moved The Tonight Show with Jimmy Fallon into the channel. There are some people who have seen it on My Movie Channel which is one of our channels, but, the right home is in CT. So, you have to watch it. It’s a very funny talk show. It’s a top-rated late night talk show in the U.S. Aside from Jimmy Fallon, we have ongoing popular series like The Mentalist, Forever…we have those in the channel. And, we have new reality programs like Best Bars in America and Car Matchmaker. We recently aired an episode called Women We Love. So, those are basically the new shows we have at the moment. There are a lot of new shows coming up.”

Another show in CT is CT Square, a TV magazine segment set to premiere in May. The show will be hosted by Singapore-based theater actress and host Carla Dunareanu. She is the ex-girlfriend of Christian Bautista who worked with him in The Kitchen Musical. Their one-year relationship ended in 2013.

In the future, Ms. Borromeo and her team also aim to bring Hollywood stars from their top TV shows for a meet-and-greet session with their fans here in the Philippines. She said, “We’re trying to find the right window for them to come here so they can meet and greet with their audience.” She also stated that “the only hindrance will be their schedules” and that “it has to be during the hiatus of their season.”