How did John Lloyd's MMK and Aljur's MPK episodes fare in ratings game? 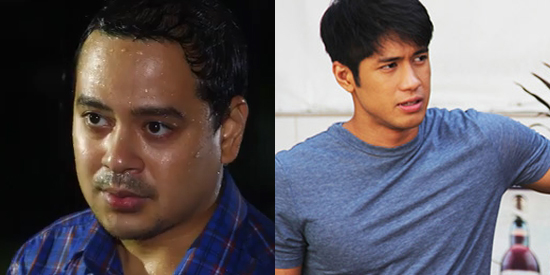 John Lloyd Cruz (left) played a wayward son in Maaalaala Mo Kaya while Aljur Abrenica was cast as an erring father in Magpakailanman.

Last Saturday, June 27, marked the comeback of two actors to the drama anthology shows of their respective stations.

The #MMKHealing episode revolves around Tarik (John Lloyd Cruz) and Chie (Kaye Abad) whose love story was put to test when the wife learned that her husband is hiding a secret.

Apparently, Tarik was looking for his mother (Agot Isidro) who became mentally-challenged because of problems they experienced in the past.

However, tragedy also befell Tarik just when he was reunited with his mother.

This is also Aljur’s comeback to the Kapuso drama anthology after his appearance last year with Alden Richards.

The MPK episode revolves around Jasm (Aljur Abrenica) whose father abandoned them when he was still young. Jasm vowed that he will never do that to his own future family.

He eventually met Eliza (Sheena Halili) and they had one daughter. However, he caught his partner cheating on him and this caused him to neglect his family.

Eliza’s parents decided to side with their daughter when the latter did not tell the truth about her infidelity. Jasm was sent out of the house and was forbidden from seeing his child.

In the end, Jasm reconciled with his family and promised his daughter that he won’t ever leave them again.

It should be noted that there was a slight overlap at this time since Magpakailanman aired from 7:56 pm to 9:46 pm.

This is 14.3 points higher compared to its GMA-7 counterpart. The Magpakailanman episode got a TV rating of 20.3% nationwide. ï¿½

PEPsters, what can you say about the MMK episode of John Lloyd Cruz and the MPK episode of Aljur Abrenica?