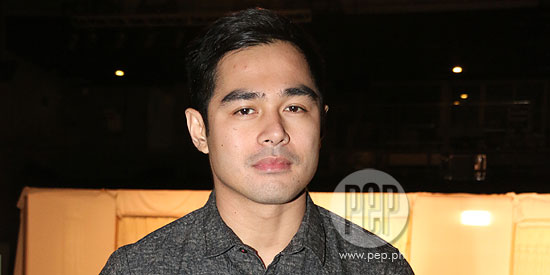 Benjamin Alves on upcoming GMA-7 teleserye Beautiful Strangers: "One thing I’ve learned from Direk Laurice [Guillen] is that sometimes you can’t really control ratings, but you can always control your preparation as an actor. What you can give as an actor, that’s always something you can control.”

After completing a specialized acting workshop spearheaded by Laurice Guillen, Benjamin Alves hopes that whatever he learned will carry over to his performance in GMA-7’s upcoming teleserye Beautiful Strangers.

During the culminating activity held at GMA Studio 7 last Saturday, June 28, Ben had a lead role in the acting showcase together with fellow Kapuso stars Aljur Abrenica, Kris Bernal, and Louise delos Reyes.

They were tasked to master the “sensitizing” technique, which requires an actor to deliver not only his dialogue, but also to build emotions based on the whole environment of a particular scene.

Benjamin admitted that his confrontation scene with Aljur was challenging since a lot of things were happening in that long and tension-filled acting showcase.

“So, you have to sensitize kasi kung dun ka lang sa level ng linya, makikita ni direk, mapapagalitan ka,” Benjamin said during the open forum wherein producers and directors were invited to watch the final output of the workshop.

In an interview with PEP.ph (Philippine Entertainment Portal), Benjamin disclosed that the workshop really helped him internalize better as an actor.

As it is, Direk Laurice taught the participants to think of their “character obligation” and know how it develops on a scene.

“The result of us shouting earlier was the result kung saan pupunta yung eksena.”

Does he feel more confident that he can apply what he learned to his role in Beautiful Strangers?

“If one method is not working for me, there’s another method to do so I’m just more equipped, I guess.”

In Beautiful Strangers, Benjamin revives his on screen teamup with Lovi Poe, whom he previously worked with in the award-winning Cinemalaya film Sana Dati (2013).

“We never had a bad airing yet. Everything we do has been pretty successful.

“Heart [Evangelista], she’s my sister, in the show. So, that kinda hurts,” Ben jokingly remarked.

“I’m a playboy there in the beginning. I am very indifferent, self- absorbed.

“Tapos when I see Lovi, that’s when things turned around for me.

“But then, in the process, yung relationship kasi namin ng Daddy ko was very bad.

“It just gets worse because of my relationship with Lovi because maraming lalabas na discovery why.

Asked if there’s pressure for him and his co-stars for Beautiful Strangers to do well in the TV ratings, Ben maintained that he’d rather focus on his performance than dwell on network rivalry.

“One thing I’ve learned from Direk Laurice is that sometimes you can’t really control ratings, but you can always control your preparation as an actor.

“What you can give as an actor, that’s always something you can control,” he concluded.

Beautiful Strangers is slated to start airing on GMA Network this July.