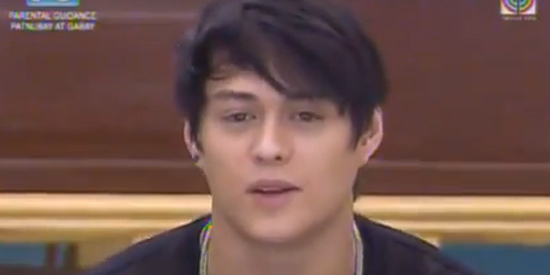 Enrique Gil visited Pinoy Big Brother 737 tomentor the housemates who will stage "The Big Concert" as part of their weekly task.

The Forevermore star mentored the remaining housemates for the dance numbers they are set to perform in their weekly task, which is dubbed as “The Big Concert.”

Enrique, wearing a white mask as a disguise, first taught the housemates on video how to dance to the tune of Brandon Beal’s hit “Twerk It Like Miley.” 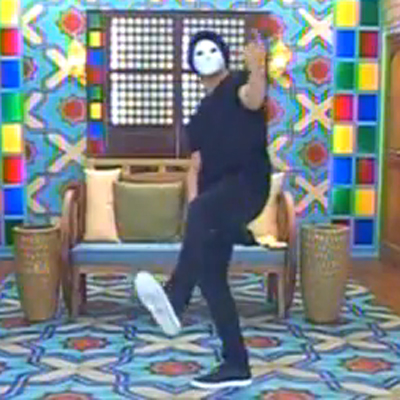 The housemates – who were divided into two groups – were then challenged to dance what the 23-year old actor had just taught them.

In the end, the “Dream Team” – composed of Ylona, Franco, Kyle and Bailey – won the challenge over the “Big Brothers and Sisters Team” – which was composed by Zonia, Kamille, Jimboy and Kenzo.

After the challenge, The King of the Gil entered the house and removed his mask, bringing excitement to the housemates and kilig to the girls.

Enrique then started teaching the Dream Team how to perform “One Last Time” by Ariana Grande.

“He’s a good teacher. I feel more comfortable with our dance now,” said Bailey to Big Brother when asked about Enrique.

When Enrique left the house, he also left something that drove the housemates crazy, which Bailey first discovered and gave to Kamille. 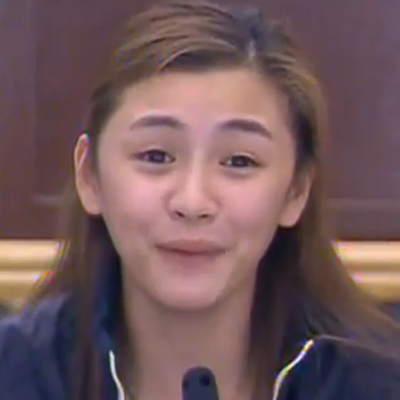 Kamille shows her kilig to Kuya. (Screengrab from ABS-CBN)

“He used a tissue po, and then he left it. I took it and showed it to Ate Kamille, she went crazy,” shared Bailey.

Because of Enrique’s appearance, the episode’s official hashtag #PBB737KingOfTheGil became a trending topic on Twitter.

It placed behind #VMAs, which refers to the 2015 MTV Video Music Awards nominees.