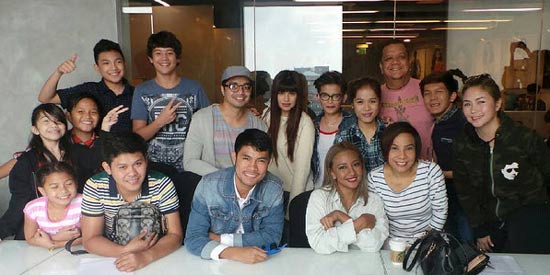 The biggest names of Star Magic are set to go all-out with their 23rd celebration to be aired on the July 26 episode of ASAP.

Get ready for another all-out celebration as ABS-CBN’s Star Magic celebrates its 23rd anniversary on the ASAP 20 stage this Sunday, July 26, 2015.

Collectively called the Star Magic Angels, the girls will grace the stage not only with their sexiness but also with their boldness, class, and personality.

The afternoon will get even hotter as more than 200 brightest Star Magic celebrities come together on stage in the annual parade of stars that will use the official hashtag #23YearsOfMagic.