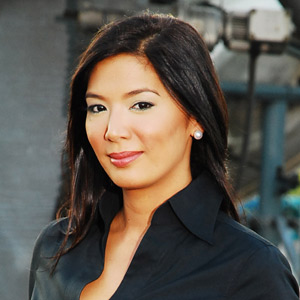 Pinky, a broadcast journalist of 14 years, has earned public recognition for her fearless and incisive reportage on important national stories like the Manila Peninsula siege and the Subic Rape Case Trial Promulgation. She replaces Karen Davila, who will be given a new show.

ABS-CBN Head of Current Affairs and News Production Luchi Cruz-Valdes says, "far from just filling a void, Pinky will give a new voice and infuse fresh vigor to the cause of XXX—to uncover crimes and do it with heart."

Pinky's exclusive report on Daniel Smith in the Subic rape case soon after the guilty verdict was handed served as one of the winning elements of the Bandila newscast that made it to the final four nominees for Best Newscast in the prestigious International Emmy Awards.

Aside from her Daniel Smith exclusive, Pinky also stood out as one of the few who bravely faced the dangers of covering the Manila Peninsula Siege, where she proved her dedication as a reporter—choosing to face the tear gas bombing despite her asthma.