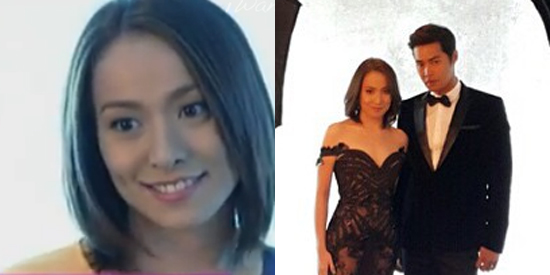 After focusing on her role as a mother, actress Cristine Reyes is set to return to the limelight.

Cristine will be reunited with Zanjoe Marudo for the upcoming ABS-CBN teleserye titled Tubig at Langis.

He provided the caption: “new soap, back to work with the lovely Christine Reyes for Tubig at Langis 2015.”

new soap, back to work with the lovely Christine Reyes for Tubig at Langis 2015

They first worked together in the primetime teleserye Precious Hearts Romances presents Kristine, which aired from 2010 to 2011, and in the 2013 maindie movie Bromance: My Brother’s Romance.

In an interview aired on Aquino and Abunda Tonight last night, July 29, Cristine admitted she missed acting since she took a break to take care of Amarah, her baby girl with boyfriend Ali Khatibi.

Cristine’s last teleserye was Honesto, which ended on March 2014. On the big screen, she was last seen with Anne Curtis for the movie The Gifted, which was releasedin September 2014.

The 26-year-old actress said she is excited to be working again with Zanjoe for this project.

It has yet to be confirmed if this new teleserye will be a remake of the 1980 Danny Zialcita movie starring Amy Austria, Dindo Fernando and Star for all Seasons Vilma Santos.

In the original movie, Vilma was cast as the wife of Dindo's character while Amy played the mistress.

“Excited kasi reunion namin ‘to and very happy because I’m comfortable [working] with him.”

She pointed out that this teleserye will already show a major change in her career: that she is bent on doing more dramatic roles rather than portraying sexy characters.