Josef out of "Pinoy Big Brother" Teen Edition Plus 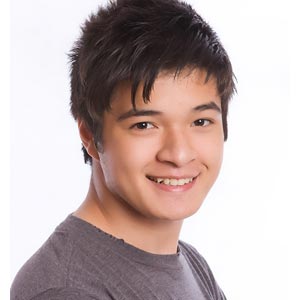 Lethal Lasallite Josef was voted out of Pinoy Big Brother Teen Edition Plus when he only got 26.07 percent of the votes last Saturday, May 10.


During the rainy and tension-filled live eviction night Saturday, May 10, Josef got the lowest percentage of text votes (26.07%) that resulted in his eviction, together with his Tita Anna.


Among the three nominees, Prisoner's Daughter Rona got the highest percentage of text votes (43.12%) followed by In-Chick Nicole (30.81%).


During Sunday's live show, hosts Luis Manzano and Bianca Gonzalez revealed to the public that Deaf Dreamer Priscilla, Rebellious Beauty Beauty, and Nicole were given an automatic nomination by Big Brother because they committed three major violations. The three whispered and mouthed words to each other and asked questions about the outside world to Shy.


Priscilla, Beauty, and Nicole are still clueless about their violations and the consequence of their actions. Meanwhile, a new House Player ng Bayan who happens to be Jaclyn Jose's daughter Andi entered the PBB House last Sunday, May 11. Andi, a budding young actress, accepted Big Brother's task of testing the teen housemates with the aid of the first House Player ng Bayan, Shy.

The teen housemates were surprised upon Andi's arrival and were equally stunned with Big Brother's psuedo-revelation: Shy and Andy would replace two of them by the end of the week.

How will Priscilla, Beauty, and Nicole take the news of their being automatically nominated?

Will Shy and Andy be able to effectively do their tasks? How will the teen housemates interact with the two House Players after Big Brother's fake revelation?

PDA Season 1 Grand Star Dreamer Yeng Constantino hosted the special primer, which gave viewers a glimpse of four aspiring scholars who dream of singing careers that would change their lives.

The four "Global Dreamers" are Mariel Reyes of Singapore, Rumailah Burden of the Netherlands, Liezel Garcia of Dubai, and Cristina Aldecoa of New York, USA.

Who among Mariel, Rumailah, Liezel, and Cristina will be given the chance to enter the Academy?