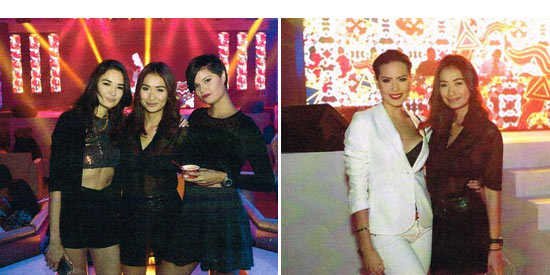 Jack TV, a 24/7 Filipino cable channel, marked a milestone by celebrating its first decade in the industry.

For its 10th anniversary last July, Jack TV threw a party for friends and clients from the advertising communities for a night of fantastic music at Valkyrie at the Palace.

A new on-air look trumpeted its upcoming programs fresh from the USA to bolster its lineup of returning shows such as Empire, The Big Bang Theory, Arrow, The Flash, The Simpsons, Family Guy, and American Horror Story.

In order to promote the latest season of Suits, men biked around the Makati area in suits exactly the way the show’s Mike Ross wears them.

This was followed by a graffiti art event in Maginhawa Street, Quezon City, then a torrent of gigs around the metro, and Year 2 of the much-followed surfing competition Surf Supreme in Baler.

All these events climaxed with JackTV’s music and arts festival MADFEST 2 in November 2014 where no less than the fabulous New Zealand recording artist Kimbra performed to the audience’s delight.

This 2015, watch for the Norwegian duo Nico & Vinz to cap your night at the FEST.

Owned by Solar Entertainment Corporation, Jack TV was test launched in May 2005. It officially debuted on July 12, 2005.

Emerging from the Solar USA split into two companies, the comedy, drama, and reality shows moved to Jack TV, while the other programming was maintained on the new network C/S (now Solar TV).

However, when Solar TV was replaced by Talk TV (now CNN Philippines), Jack TV reverted to its Solar USA programming while keeping some of the programming that made it highly popular in its early years.