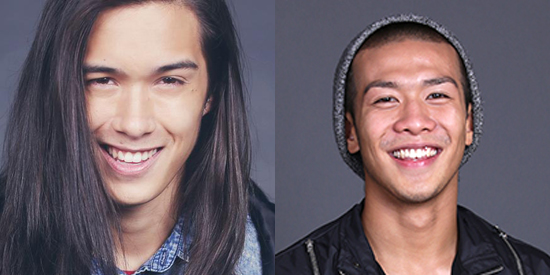 His entry to the famous yellow house followed the voluntary exit of Jyo Yokohama and eviction of Philip Lampart.

Tommy, who is now 21 years old, was born and raised in California. He once ran away from home after a misunderstanding with his mother.

JYO VOLUNTARILY EXITS PBB HOUSE. Last week, one of the most talked about incidents in PBB 737 was Jyo’s voluntary exit.

What made his move controversial was the fact that he decided to leave by flipping a coin.

On the September 2 episode of PBB, Kuya asked Jyo if he still wants to stay inside the house.

Big Brother then asked Jyo if he still wants to continue his journey inside the house until the end.

He then suggested doing a ‘flip coin’ in order for him to arrive at a decision.

Jyo also admitted to Kuya that it was the way he used for him to determine if he should audition for PBB. “Para mas madaling makapagdesisyon, nag-flip ako ng coin, Kuya.”

The 21-year-old ex-housemate then shared something about him flipping coins and making decisions.

Even though Big Brother did not agree with Jyo’s move, he allowed him to do it. If the coin showed 'heads,' it meant he will exit the house.

When he flipped the coin, it showed 'heads.'

Big Brother asked if Jyo is happy with the result of flip coin. He admitted that he is partly happy because he won’t have to think about his decision anymore, and partly sad because he knows that viewers of the show won’t be happy with his decision.

Kuya then expressed that he is not happy with Jyo’s decision. But he respects it.

Big Brother then gave advice to Jyo by saying: