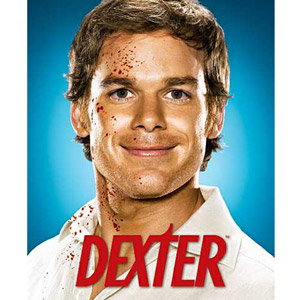 Dexter Morgan (Michael Hall) is a vigilante who works for the Miami Police Department. Watch him dish out his own brand of justice in the second season of Dexter starting June 16.


Filipinos will soon be able to watch the second season of the gruesome crime TV show Dexter, which airs on the cable channel Fox Crime starting June 16. This cable channel is on Ch. 50 on Skycable.

Dexter is based on the compelling novel Darkly Dreaming Dexter by Jeff Lindsay, a South Florida native. Orphaned at the age of four and harboring a traumatic secret, Dexter Morgan is adopted by a police officer who recognizes Dexter's homicidal tendencies and guides his son to channel his gruesome passion in a constructive way—by killing heinous perpetrators who are above the law or who have slipped through the cracks of justice.


A respected member of the police force, a perfect gentleman and a man with a soft spot for children, it's hard not to like Dexter. Although his drive to kill is unflinching, he struggles to emulate normal emotions he doesn't feel, and to keep up his appearance as a caring, socially responsible human being.

Here are the characters who make up the unusual show Dexter:

He'll charm fellow officers with a doughnut, while away on a Sunday with his girlfriend Rita, or chop up a victim and package their body parts in plastic bags. Hiding beneath the mundane exterior and contrived façade of Dexter, a charming blood spatter expert for the Miami Police Department, is an obsession with meting his own twisted brand of justice: stalking and murdering the guilty.

Rita's everything Dexter's looking for in a girlfriend: broken and sexually disinterested. Surviving a violent ex-husband and harboring the mental scars to prove it, Rita is struggling to raise two kids on her own. Together, Dexter and Rita attempt to create a sense of normalcy in their often twisted lives.

As Dexter puts it about his cop sister, "if I could have feelings at all, I'd have them for Deb." Her career ambitions—getting out of vice and into homicide—fall short due to insecurity and the belief within the department that she does her best police work in a 'sex suit'. Deb looks up to Dexter but senses there is more to him than meets the eye.

An ill-tempered vet, Doakes is the one cop on the force—supposed experts in judging character—who suspects something isn't quite right with Dexter.

Whether a wink, a sly look or hand on his shoulder, Lt. LaGuerta, the division's boss and resident dictator, makes no attempt to hide her sexual interest in Dexter.

A fellow homicide detective, Batista works closely with Dexter on forensics cases and while he may not share Dexter's bloodlust, he definitely appreciates the art of killing.

Masuka is the wise-cracking forensic expert who assists Dexter in crime scene investigations, who's never too busy to make an inappropriate pass at Debra.


International distribution for Dexter is handled by CBS Paramount International Television. In the Philippines, Dexter will air its second season starting on June 16 (Monday).