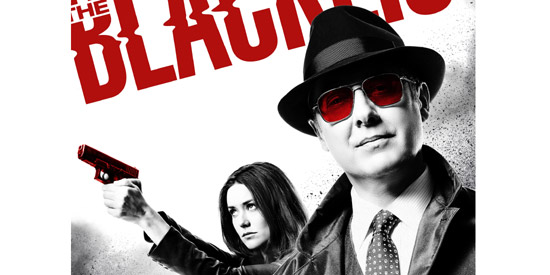 The Blacklist 3 airs every Tuesday starting October 6 at 9:45 p.m. It airs on AXN at the same week as the U.S. airing.


I: It seems that The Blacklist mirrors contemporary fears about government conspiracy. Is that deliberate?

James Spader: I think that elements of what’s happening today in the world is certainly something we draw on for the show. But it’s not at the core of the show. There are other shows that do that very successfully and we’re not in that competition. It’s a parallel universe that takes just enough things from real life to make the show have the appearance of being something that’s somewhat believable. But in terms of the sensibility about government and the intelligence community being purely contemporary--I beg to differ. I think it’s always been a little grey. It depends who your friends are.


I: If there is a conspiracy at least it means someone somewhere knows what’s going on in all this chaos.

James Spader: Hmm. Yeah, that’s certainly a discussion. Although maybe that would be cold comfort. I think the advent of television, so many years ago, was the key change. After television, you have the advent of terrorism--because when you want to affect change in one location you can terrorise in an entirely different place. That could only happen with television.

But listen, from a personal point of view, I think Reddington is perfectly comfortable with chaos, which I think in the world around us gives one an advantage. I think it would be great if people thought that they could control the chaos in the world but I’m not so sure that’s possible. I guess as humans we like to dominate and therefore we are going try to continue to do that, but there’s a certain human failure in that area. It’s a foible of humanity I think.


I: The writers have said that you have a very good sense of Red and what he would or wouldn't do.

James Spader: Well, yes, I am very careful when I read a story outline and there might be something in there where I think that he’s shooting the wrong person or he’s doing harm to the wrong person or doing harm at the wrong time. I voice my opinion in terms of that. I do have an investment in terms of what his code of ethics is, how he believes he should live his life and certainly how he would take someone’s life. Most of the people whose careers in the military or whose experience of fighting wars that I respect the most are the most reticent about taking military action.

James Spader: Red’s a bad guy. Don’t have any illusions about that. Although he is nice to old ladies (laughter).

I: A lot of actors say they don’t judge the person that they’re playing but you’re okay with saying he’s bad. Can you play him and judge him at the same time?

James Spader: Yes, of course. You’d be an idiot not to have a sense of when he’s behaving very badly.

I: Why do you think that people are so fascinated with heroes who are a little bad - like Jack Bauer…

JS: I don’t know that character.

James Spader: Oh, I never saw that. I can only speak for myself and I like to see things that are difficult and that are unfamiliar or that are something that I’m curious about. When I see a character who responds to a given set of circumstances in a way that I’m not sure I’m capable of, that’s interesting to me. I think Red says things that other people may want to say or do but don’t. He’s not afraid of the things we try to avoid in life, he embraces those things and yet I think that there’s something that’s very familiar about him by the same token.

I: Does that explain many of your career choices? You tend to choose those dark and more complex characters.

James Spader: Yeah, I like dichotomy certainly. I remember the first time when I read Secretary and I thought, God, this is great. What a great idea to have this sweet love story in this incredibly masochistic, sadomasochistic relationship, you know? It was really the sweetest love story I thought and I love that.

I: The show has a lot of younger viewers - has it opened up a new audience for you?

James Spader: You know what? That started in The Office. All of a sudden the age of the people coming up to me in the street had dropped. When I’m doing movies that fluctuates--although in the past there haven’t been that many movies I’ve made that younger people could watch (laughter). The Lincoln film was shown in lots of schools so that gave me a very young crowd all of a sudden (laughter). If I’m going base it on who comes up to me in the street--and I live in New York and I like walking, so everybody comes up to me in the street--there’s no age group, no economic strata--it’s seemingly completely democratic and inclusive.

I: What about The Avengers?

James Spader: They had to hear me speak to know I was in The Avengers.


I: You do have an incredibly distinctive voice. How important has that been in your career?


James Spader: I mean, I guess that’s turned out well for me. But for being a performer of any kind, your voice is one of your strongest tools. I haven’t had formal voice training but I do have a good ear and very, very good hearing. I got that from my mother. She had the most incredible hearing… I mean, so good we had to be cautious. Maybe there’s something to that, but I’ve tended to think less about that in terms of work and more in terms of my life with my seven-year-old (laughter).