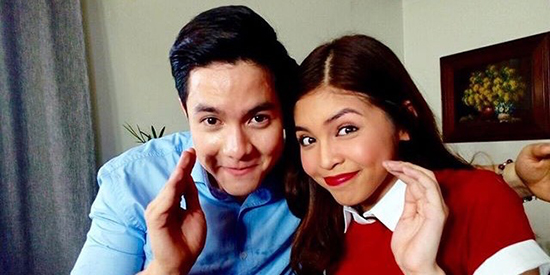 Waiting for Eat Bulaga to upload the latest Kalyeserye episode on their Facebook fanpage? Yup, you're an AlDub fan!

By now, you most probably have heard about “AlDub” and perhaps even watched their viral videos on social media platforms.

If not, you're missing out on a lot!

GMA-7 heartthrob Alden Richards and Internet sensation Maine Mendoza a.k.a. “Yaya Dub” are the most talked about onscreen couple at the moment.

With their dominance on Twitter and constant presence on Facebook, they are taking social media by storm!

You love everything about AlDub?

Here’s a list to determine your level of commitment to the AlDub fandom.

If you’re guilty of at least half of these 12 signs, we’ll consider you a die-hard fan!

1. Having an early lunch so you won’t miss Eat Bulaga's Kalyeserye segment.

2. Tuning in from The Ryzza Mae Show/Princess In The Palace from 11 a.m. until Eat Bulaga is finished until 2 p.m.

At walang makakapigil sa ’yo!

3. You probably know all of the characters on the Kalyeserye...

The De Explorer Sisters, Frankie, Duhrizz, and many others!

7. Your social media timeline is full of items related to ALDUB.

You also make it a point to join AlDub’s daily Twitter party!

8. You wait for Eat Bulaga to upload the latest Kalyeserye episode on their Facebook fanpage.

And watch it over and over again.

9. You’ve done a “Pabebe Wave” selfie at least once in your life.

And you do not regret doing it.

10. You probably know every single word of Bryan White’s song “God Gave Me You”

And you’re planning to watch his Manila concert on December 1!

Continue reading below ↓
GIF from tumblr.com

11. You already have an AlDub-inspired playlist on your smartphone.

Or if you’re still planning on making one, here’s a list of songs to consider!

12. And lastly, you follow all their social media accounts (or at least one)!

PEPsters, what are the other signs of being an AlDub-holic?
Share your thoughts in the comments section below.