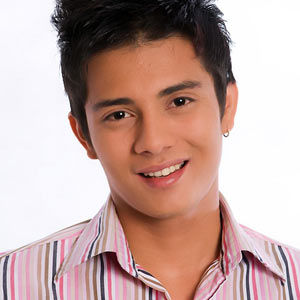 Ejay Falcon received 620,934 votes or 36.31 percent of the viewers' total votes, making him the Big Winner in Pinoy Big Brother Teen Edition Plus.

Robi Domingo, Ejay Falcon, Beauty Gonzalez, and Nicole Uysiuseng were nervous as they waited for the results of the Big Night of Pinoy Big Brother Teen Edition Plus at the Araneta Coliseum last Saturday, June 8. Thousands of fans rooted for one of Big Four, all of whom had spent 75 days inside Big Brother's house. Featuring a space-age theme, the Big Night was an event that kept the fans always on the edge of their seats.


Hosted by Toni Gonzaga, Mariel Rodriguez, Bianca Gonzalez, and Luis Manzano, the PBB Big Night had the audience buzzing thirty-nine minutes before the voting period ended. The following tally of votes was released early into the night:


As fans continued sending in their votes through text messaging, viewers were treated to performances by Interplanetary Performers, a whole bunch of PBB alumni and ex-housemates, including Gerald Anderson and Kim Chiu. Newest Kapamilya star Billy Crawford performed his songs that made him an international pop sensation.


Ten minutes before voting was set to end, it seemed that there still was a close fight between Housemate B and housemate C, who garnered 34.45% and 35.96% of votes, respectively, while Housemate A garnered 18.58 % of votes, and Housemate D got only 11.2% of votes.


Prizes at stake for the Big Four included Whirlpool and Fujidenso kitchen showcases and Sony Vaio laptops for all four Big Winners, and cash prizes from FAB Nature's Harvest (200,000 for the 4th place, winner; 300,000 for the 3rd place winner, and 500,000 for the 2nd place winner). The PBB Big Winner would bring home a condo unit from Chateau Valenzuela, P1 million cash, and 1.5 million worth of Crystal Clear Water Store Package.


As the voting came to a close, it was quite clear to the audience and to the crowd which among the four Big Winners would have a stake at getting the Big Prize. The Dumaguete-girl Beauty, who has changed a lot since her "rebel" ways, took fourth place, with 186,523 votes. Nicole, the shy but now outgoing Cebuana came in third, with 314, 582 votes.

With only Ejay and Robi vying for the win, the crowd had only to speculate whether the PBB fans voted for Ejay, a certified probinsyano from Mindoro who only dreams of helping his family, or Robi, a man for others who has demonstrated much of what he has learned from his Alma Mater, Ateneo.


Clasping each others' hands for assurance and camaraderie, the two men waited as Toni Gonzaga made the announcement. The True Blue Atenista placed second while the disbelieving Promdi Hottie from Mindoro had joy and relief in his face. The viewers have chosen a male as the PBB Teen Edition Plus Big Winner. Ejay Falcon received 620,934 votes or 36.31 percent of the viewers' total votes, making him the second male to win in the reality show after Ruben Gonzaga won the previous PBB Celebrity Edition 2.