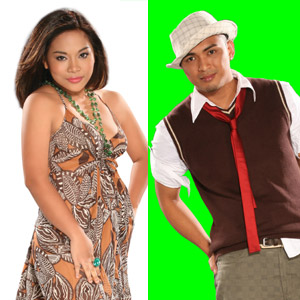 Meryl David (left) and Walton Zerrudo (right) were eliminated during the June 8 episode of Pinoy Idol.


The reality singing contest Pinoy Idol said goodbye to two of its contestants last Sunday, June 8, during the elimination night. This was preceded by the spellbinding performances held on Friday for the males and Saturday for the females. Walton Zerrudo and Meryl David were booted out of the competition after a nationwide vote that placed them in the Bottom Group.

The past Idol week saw the Final 16 perform songs from their greatest musical influences, some of whom include veteran singers Stevie Wonder, Peabo Bryson, Michael Jackson, as well as newcomers Leona Lewis, Jordin Sparks, and Christina Aguilera.

The numbers were a mix of different genres and showcased the varied local and foreign musical influences of the Idol hopefuls, ranging from pop hits and R&B, to soulful melodies and rock music.

The performance night was not as good for the males as it was for the females, with the latter getting more praises from judges Ogie Alcasid, Jolina Magdangal, and Wyngard Tracy. Most of the eight male finalists, on the other hand, were harshly criticized by the panel and barely got their approval.

By the end of the elimination night, Laguna-based Walton Zerrudo, 25, and Bicolana Meryl David, 23, bade the Idol viewers a sad farewell.

Before the show ended, Pinoy Idol host Raymond Gutierrez asked the judges whether they were happy with the results.

"No, I am not happy," said Ogie. "The two of you would have added more to this competition [and] would have made it more exciting with your talent," he told Walton and Meryl. "But the people have spoken, so be it. The two of you did not lose. You have so much talent."

But Wyngard stayed true to the realities of the competition. "Malungkot kayo, ganoon? Ako, hindi," he told his fellow judges.

He then referred to the eliminated contestants and said, "Again, I will always mention this and you will have to remember this: Ilan pa ang matatanggal this coming weeks [at] isa lang ang matitira," he continued. "Talagang ganyan ang competition. Isa lang talaga ang Pinoy Idol na pipiliin."

Still, he praised them anyway and said, "The two of you performed very well, [and] that's enough consolation. Malungkot pero ganoon talaga. You have to respect the decision of the viewers."

The contestants who made it through and who will perform next week as part of the Final 14 are Daryl Celis, JJ Jr., Kid Camaya, Ram Chaves, Robby Navarro, Toffer Rei, Warren Antig, Carol Leus, Gretchen Espina, Jayann Bautista, Jeni Rawolle, Mae Flores, Penelope, and Sue Ellen.

Catch these Idol hopefuls perform live on June 13 and 14 for the performance nights, and on June 15 for the results night as Pinoy Idol continues airing on GMA-7.