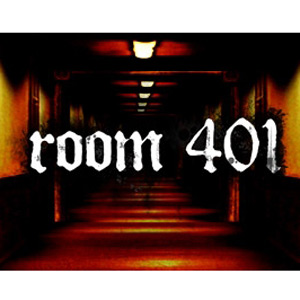 Ashton Kutcher stars in Room 401, one of the new shows that are scheduled to premiere on MTV Philippines this June.


ROOM 401. Ashton Kutcher is back, not with embarrassing filled situations for celebrities, but he's back to scare the heck out of viewers. Room 401 is a mind-blowing journey through the weird and shocking world of illusion. Unsuspecting victims are swept into the middle of a real-life horror movie that's playing out right in front of their eyes. Each eerie episode of Room 401 contains four frightening situations that are sure to send some serious shivers down your spine: a man scratches himself until bugs burst from his skin; a toiling factory employee is accidentally cut in half by a clumsy co-worker; a passenger on a bus complains he's not feeling well, only to have his head fall off and roll down the aisle. How will onlookers, passersby and innocent bystanders react? How will you react?

Are you ready to get scared or twitched with these victims or even laugh at them? You better be, because this show will either make you roll on the floor laughing or it will make your hair rise and give you goosebumps like you've never had them before!

Celebrity Rap Superstar premieres on June 17 at 9 pm and will air every Tuesday at 9 pm, Saturday at 2 pm, Sunday at 6 pm and Tuesday at 4 pm.

NEWPORT HARBOR. Here comes another new exciting reality show that only MTV can offer, succeeding the former show Laguna Beach. Newport Harbor documents the lives of several wealthy and spontaneous teenagers living in Newport Beach, California. Every person has their own story and this show will capture the essence of the youth's real world with its emotional twists and conflicts plus exciting and pleasant moments.

New loves, lost loves, life-changing decisions and a group of friends that will try to stay together forever. In Newport Harbor, you can always come home.

THE HILLS SEASON 3. The girls of The Hills are back for another season, but this time it's a whole different story.

Whitney Port has graduated college and is dealing with the stress of her first real job and the drama of being newly single. Audrina Patridge is trying to handle her first real boyfriend ever but hitting the town every night with her single roommate Lauren Conrad won't make it easy. Heidi Montag is trying to play house with Spencer Pratt and deal with the separation from her best friend Lauren, but when Spencer wants to take their relationship to the next level, who can Heidi turn to for advice? Lauren's had enough of being single and is looking for Mr. Right, but with new responsibilities at Teen Vogue, a new roommate, and a boyfriend from her past back in her life, how will she ever find him? Lauren and Heidi haven't spoken at all since Heidi moved in with Spencer.

Is Hollywood big enough for one group of close friends who have been torn in two? And when this feud comes to a head, how will Lauren hold it all together?

Tune in to MTV Philippines on Channel 57 on Sky Cable (or ask your cable operator for channel designation) or log on to www.mtvphil.com for more updates regarding these new shows.