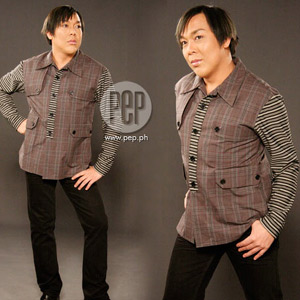 After a shaky start, GMA-7's Showbiz Central found the magic formula to turn its fortune around. John "Sweet" Lapus recalls the difficulties that he and other SC hosts faced when they started out a year ago.


It wasn't the prettiest of starts. But that only made success that much sweeter.

One year after and the once maligned showbiz talk show is now one of the hottest shows to grace Sunday viewing afternoon. John admitted that Showbiz Central's success was not achieved overnight. It was a series of hits and misses leading to the perfect formula.

John went on to enumerate the key ingredients that finally made the show a winner: "Hard work, patience and prayers ‘yan ang perfect combination."

TEAM EFFORT. Aside from those mentioned by Sweet, Showbiz Central director Rico Gutierrez thinks that the different personalities of the hosts greatly complemented the image of the show. He points out that the group was an odd mixture. But it worked to their advantage and that's all that matters. After a dismal start Showbiz Central started faring well in the rating game, eventually toppling its time tested rival.

True enough, the diverse personalities of Pia Guanio, Raymond Gutierrez, John Lapus, Mo Twister, and Rufa Mae Quinto are enough to generate interest-as colorful as the industry they are tackling and reporting.

But it still boils down to content and segments. According to Direk Rico, showbiz talks shows have evolved throughout the years. Showbiz Central also veers away from sensationalizing news items just to fan up the flames of controversy. Because after all, and despite the fact that they're doing showbiz reporting, "It is still journalism," reasoned Direk Rico. And with that, the challenge is of course to strike that balance between fun and substance.

He was, of course, referring to the show's popular segments, which in a way, revolutionized showbiz talk shows. There's Rufa Mae and Mo's Central Jury segment where celebrities take the hot seat to answer tough questions, which ends with a tough one sealed inside an envelope.

"It takes guts din kasi to actually read that," he acknowledged. "But some of the questions are really, really outrageous. I mean, kung ako din ang [tatanungin] ‘Are you guys sure itatanong ninyo ‘yan?' Pero we do respect naman ‘yong mga artistang talagang, kung ayaw naman talaga nila... ‘Yong iba they say yes ‘yong iba naman they just don't want to involved the others."

But the one that really caught the public's fascination was John Lapus's Don't Lie To Me segment. Strapped on a chair while completely wired up to a lie detector machine, celebrities are grilled by John Lapus with their answers being assessed by an inspector.

Despite their success, the entire team is not sitting on their laurels. Lasting for a year on top is indeed a great achievement. But there is still more that needs to be done.

Direk Rico expounded, "We're still thinking of fresher ideas. We're not just banking on that [the success of the segments]. Because everything that you see now is just a novelty and later on it will just gonna die. Kami we all think alike e, why do you have you wait pa? Kailangan mas may bago so ‘yon that's why I think we're on top of the game."