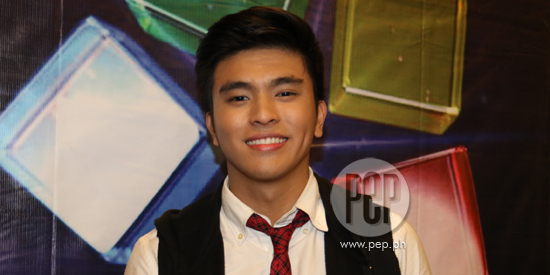 Joemarie Nielsen is the second finalist to get eliminated from StarStruck 6. He officially became the newest avenger last Friday, October 23, after getting the lowest combined scores from the council, experts, and text votes.

Joemarie Nielsen is the latest contestant to be eliminated from StarStruck 6.

For this reason, the 21-year-old contestant from Tarlac became the first male avenger of GMA 7’s artista search.

During the October 23 episode of StarStruck, Joemarie expressed his gratitude for his supporters, especially his mom for being with him throughout hisjourney.

“First off, my mom for being there every Friday.

“Mga friends ko, my supporters there, thank you so much.

“And siyempre sa StarStruck family ko, thank you very much.”

The other contestants who composed the bottom group were: James Teng, Jay Arcilla and Elyson De Dios.

Elyson automatically joined this week’s bottom group after getting the highest votes from the survivor vote out session. Starstruck survivors gave points to the finalists whom they want to vote out from the competition.

Jay and Joemarie were left on stage, with Jay getting 79% of combined scores from the council, experts, and text votes while Joemarie only got 75%.

During the first part of the show, Starstruck graduates Katrina Halili, Jade Lopez, Nadine Samonte, Jackie Rice, Mike Tan and Kevin Santos gave names of contestants whom they think should be part of the bottom group. They worked with the aspiring artistas last week.ï¿½

Before the elimination proper, Starstruck council member Joey de Leon also revealed that the council (composed of host Dingdong Dantes, Jennylyn Mercado and Regine Velasquez) decided not to use their special power to save the finalists from elimination since they did not agree with the survivor they want to save.

It can also be noticed that all the girls were safe from this week’s elimination.