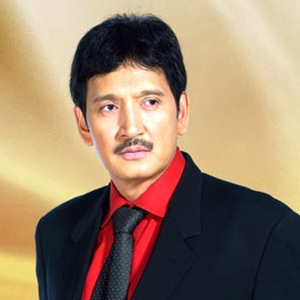 Films of the late Action Prince Rudy Fernandez will be shown on Cinema One every morning at 9 a.m. The Rudy Fernandez Retrospective will air Ping Lacson: Super Cop, Palaban, and Hula Mo Huli Ko on the said cable channel until June 27.


ABS-CBN's Filipino movie cable channel Cinema One will showcase a stellar movie retrospective on the late Action Prince and acting icon Rudy Fernandez every morning at 9:00 am until June 27.

One of the biggest stars and actors in Philippine cinema, Rudy Fernandez is known for being an action star whose acting style is distinct because the delivery of his dialogues is simply natural yet entirely in character.

Born in Manila, Rudy is the son of film director Gregorio Fernandez. He was three years old when he debuted in his first movie Luksang Tagumpay (1956) followed by Emily (1960). Both hits were directed by his father. But it was in 1970 when his film career formally started since he inked a contract with Sampaguita Pictures in this year. He initially starred in teen dramas like For You Mama (1970) and then paired with Connie Angeles in Sweet Matutina (1976). But it was a breakthrough performance in the biopic of an infamous criminal, Bitayin Si Baby Ama (1976) that made him a certified action star and leading man. He gained fame even more with the success of his next action blockbuster Ang Leon, Ang Tigre at Ang Alamid in 1979, which was directed by his father.


In Markang Bungo: The Bobby Ortega Story (1992), where he portrayed to critical acclaim the incorruptible and dangerously snappy Baguio City Police Office, it was where his famous and immortal line that became one of the movie's memorable quote: "Trabaho lang ito, walang personalan."

After starring in a variety of lead action roles, the Lubao, Pampanga native became known as "Daboy" in reference to his manly-gentlemanly demeanor. Rudy Fernandez is indeed The Boy who busts that goons, guns down the wanted and maintains to be a one-man woman. His brilliance in acting was recognized when he bagged the FAMAS Best Actor Award for Batuigas...Pasukin Si Waway in 1984 and Victor Corpuz in 1988. He became the recipient of the Ulirang Artista Award in the 2008 PMPC Star Awards for Movies and the Film Academy of the Philippines FPJ Lifetime Achievement Award.

Cinema One's Rudy Fernandez Retrospective pays tribute to a man who is considered by many as a pillar of Philippine cinema. On June 25, his movie Ping Lacson: Super Cop will be shown on Cinema One (Channel 56 in Metro Manila). One of strongest contenders in the December 2000 Metro Manila Film Festival, this Viva Films gem tells of how Police General Panfilo Lacson rose from the ranks after his graduation from the Philippine Military Academy in 1971. It features his battle against kidnappers, car thieves and other organized crime, and the highlights of Gen. Lacson's career.

On June 26 will be Palaban. Rudy portrays Major Jack Morales who together with his group smashed the increasing incidents of criminal acts. He was assigned in a mission, to bust a notorious and violent gang who was engaged in robbing banks headed by ex-Major Raul Cordova (Roi Vinzon).

Finally, on June 27 will be Hula Mo Huli Ko. This action flick is peppered with comedy since Daboy is paired with sexy comedienne Rufa Mae Quinto. They form a partnership built on combined fortune-telling, instinct and wit, law enforcement and luck. Rufa Mae's character predicts there will be crime while he becomes assigned to curb it.

Don't miss the Rudy Fernandez Film Retrospective until June 27 every 9:00 am only on Cinema One Channel 56 in Metro Manila (available on SkyCable Gold, Skycable Silver and other quality cable operators nationwide).