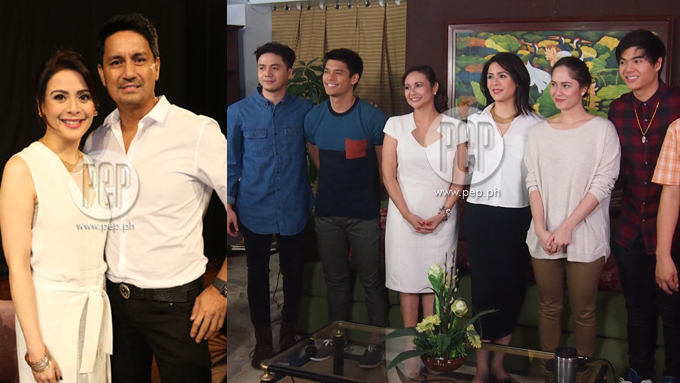 Dawn Zulueta and Richard Gomez (left frame) will return to primetime via ABS-CBN's new teleserye You're My Home, which airs November 9 after On The Wings of Love. The cast members of You're My Home during the digital media conference (right frame, L-R) were Sam Concepcion, JC de Vera, Jobelle Salvador, Dawn Zulueta, Jessy Mendiola, Paul Salas, and director Jerry Lopez-Sineneng.

Dawn Zulueta and Richard Gomez will return to ABS-CBN's primetime block to portraya couple dealing with a family crisis.

The love team most popularly known as CharDawn will be seen in the family drama, You’re My Home, which will air its pilot episode this Monday, November 9, after On The Wings of Love.

This teleserye will serve as Jessy Mendiola and JC de Vera’s comeback on the small screen after the success of their respective TV dramas, Maria Mercedes and Moon Of Desire, that both ended in 2014.

Their simple lives changed when Gabriel handled the homicide case of Christian Vergara (JC de Vera), a son of a powerful senator. The then 12-year old Grace became rebellious because she realized that her parents had no time for her and her siblings.

One night, Grace left their house to hang out with her friends, causing the househelpers and Rahm to run after her, leaving Vince alone in the house.

When they returned, they found out that Vince is missing. Because of this incident, they blamed Christian for the kidnapping and he was imprisoned.

Vince’s disappearance changed the lives of the Fontanilla family, leading to the separation of Marian and Gabriel.

Years later, the now grown-up Vince is reunited with his family.

Grace develops a close bond with Christian and soon enters a romantic relationship with the guy accused of plotting the kidnapping of her brother.

Viewers can look forward to seeing how the Fontanillas will rebuild their lives as they uncover the truth behind Vince’s disappearance.

Aside from the compelling family tale, here are 5 things that viewers can look forward to in You’re My Home:

After the success of their 2012 teleserye Walang Hanggan, viewers will once again see Richard Gomez and Dawn Zulueta reunited for this family drama.ï¿½

In their recent movie, The Love Affair, CharDawn played couple whose relationship is on the rocks after the death of their child.

In You’re My Home, Richard and Dawn also play a couple whose relationship is put to test after the disappearance of their youngest child. However, this time, it is Dawn's character who insisted on having their marriage annulled. 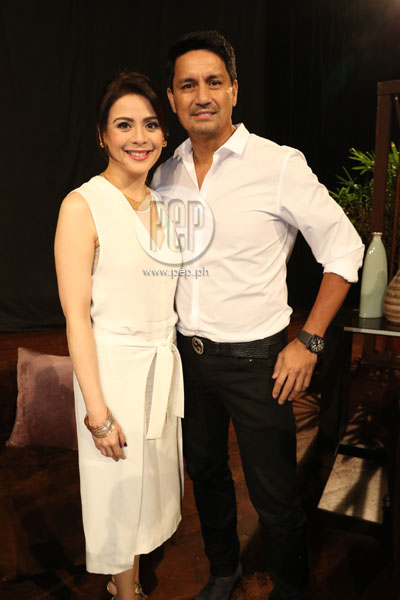 Years later, they will try to rekindle their relationship but unfortunately, Richard’s character is already committed and about to get married to Roni, played by Precious Lara Quigaman.

During the November 4 digital media conference held at their Antipolo City location, Dawn said that although the plot is almost similar from her last movie, the circumstances are very different.

Unlike her previous teleseryes Precious Hearts Romances presents Paraiso and Maria Mercedes, Jessy will be playing a more conservative character in this teleserye as she assumes the character of Grace Fontanilla. 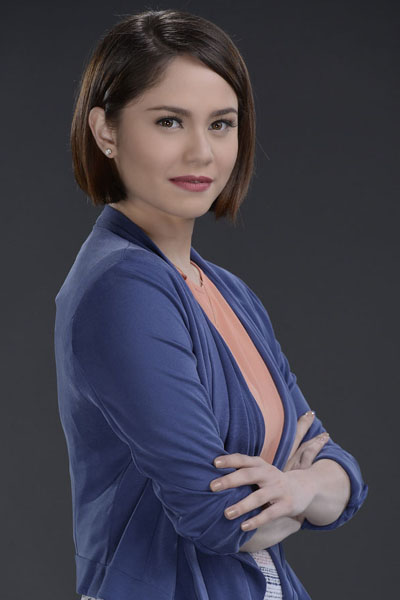 During the digital media conference, Jessy proudly said that she won’t be having sexy scenes in this teleserye. She hopes that she will be noticed for her acting skills.

In the teleserye, Grace is the eldest daughter of Marian and Gabriel who blames herself for the disappearance and kidnapping of her younger brother Vince.

Twelve years after they found Vince, Grace will inadvertently fall in love with the person accused of the kidnapping: Christian.

Known for his teenybopper roles in Good Vibes, Angelito: Batang Ama and Mirabella, it’s now time for Sam Concepcion to accept more mature roles as he plays a young father on the show.

His character in You’re My Home is Rham Fontanilla, the son of Marian and Gabriel who experiences middle child syndrome. 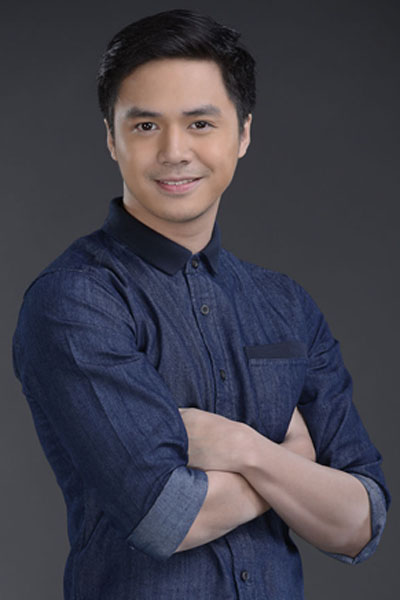 “He’s a law student but he’s not as bright as his father who is a well-renowned and accomplished lawyer. So meron siyang issues na meeting the expectations of his father."

The 20-year-old actor also said about his character: “He has a three-year old son so medyo slightly pariwara siya, pero he always has good intentions for his family.”

According to the singer-actor, it is a challenge for him to portray the role of Rham.

“Kaya very challenging siya for me being isang anak na maraming dinadala, maraming issues, a young dad, medyo malaking leap from the last teleserye that I did. So I had to step up.”

Did he have reservations about portraying a young father?

“I didn’t hesitate. Siyempre as an actor you want to be able to try different things. Siyempre I wanted to grow.”

4. Dawn Zulueta plays a mother who lost a child…yet again.

In Dawn’s previous television projects such as Mula Sa Puso, Walang Hanggan, Bukas Na Lang Kita Mamahalin, and Dyesebel, she always played a mother who lost her child in different circumstances. This pattern was also seen in her recent movie, The Love Affair. 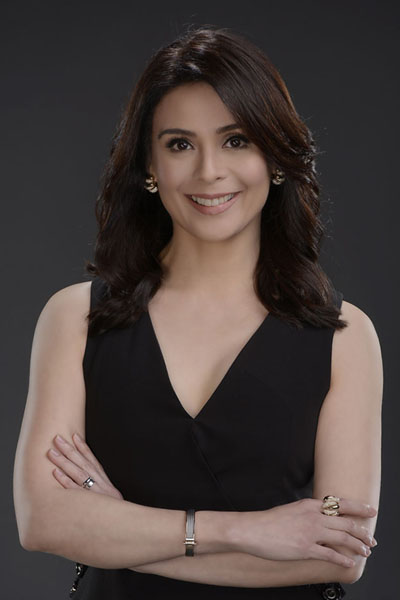 This time, her character in You're My Home also faces the same dilemma. But she made it a point to differentiate it from the ones she portrayed in the past.

She joked, “Yung role ko naman dito as Marian Fontanilla is… guess what? A mother who lost a child. My first time!”

“At saka family unit kami, may asawa ako. And the story now revolves around a case, away between pamilya namin and another family. May pagka-court drama na medyo suspense.”

Even though she has played a lot of mother roles in the past, she said about portraying the character of Marian: “Sa akin, more of a challenge ito because I’m playing a mother who’s always losing a child, if you’ve noticed.

“No, really, it is because… how do you play it differently each time when the basic emotion is there? How do you play that in five or six different ways depending on the circumstances of the story, the characters that are involved.”

You’re My Home is not just a family drama. The teleserye also promises a mix of romance and suspense since it also involves court scenes.

According to Jessy, the show is not only a heavy drama. “May mga scenes din na CharDawn nakakakilig, yung love angle namin ni JC [de Vera]. It’s about family love, romance, may suspense.”

Direk Jerry recalled how the story was conceptualized by saying, “As far as I know, our creative manager Arah [Jell Badayos, MMK headwriter] read a book about a couple who lost a child, and how it takes the family apart.

“But I think the main difference is our story begins with the child returns, dun po mas mai-igting yung istorya. 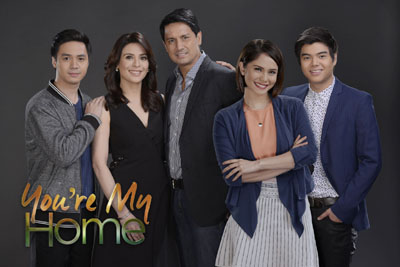 Dawn clarified that this show is different from the teleserye of the same title that was announced late 2013. The said project was supposed to star Iza Calzado, Shaina Magdayao, and Enchong Dee, but it was shelved.