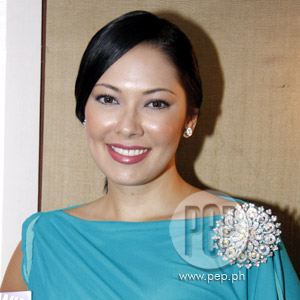 Ruffa Gutierrez watched an episode of America's version Ugly Betty and bought a copy of the movie Devil Wears Prada in preparation for her role as Daniella.


Ruffa Gutierrez won't have to struggle much when she portrays her newest role as Daniella for the ABS-CBN's upcoming show, Betty La Fea. Known for her eye-catching outfits and stunning jewelry, Ruffa is cast as the kontrabida whose choices in clothing, accessories, and bags are sure to imitated by fashion-forward individuals.

Although Ruffa is already known as fashion icon, she is used to playing roles that are usually funny and sont-so-serious. However, in the show Betty La Fea, the TV host-actress will be challenged to present a stronger side of her personality.

Knowing that Filipinos tend to hate the villains of the story, Ruffa is not afraid of being typecast since she knows that Daniella is not entirely bad in nature. She knows that viewers will be able to recognize this inherent goodness when Betty La Fea begins to air on ABS-CBN.

SUPPORTING LOCAL DESIGNERS. The show will not only portray her different styles, but will also give our country's fashion designers the opportunity to have their works seen on TV. "Well, actually, we're catering to the Philippines' designers. We want them to showcase their clothes, their collections in Betty La Fea. I'll also be wearing some of my clothes, but it's gonna be a show na sana maging successful, so sana maging mahaba pa yung role ko as Daniella. It's more work for me, but we want that the Filipino designers can showcase their designs," she says.

The works of fashion designers, Kate Toralba, Rajo Laurel, and Jun Escario as well as Mitch Dulce and her fashionista hats are just some of the designs to be worn by Daniella in the show. Aside from Avon fashion, Ruffa will be using a lot of fine jewelry. She points out, "Aside from my own collection galing sa Turkey, meron din tayong sponsors in terms of jewelries. Iba-iba kasi yung kailangang gamitin ni Daniella so hindi dapat mag-ulit. Ayaw ko naman maubos lahat ng suweldo ko sa kakabili, siyempre may dalawa pa akong anak."

This is Ruffa's first time to work with most of the characters such as Bea Alonzo, Vhong Navarro, and the show's director, Direk Eric Salud. To make the cast members feel comfortable about each other, everyone underwent a workshop that served as bonding time for them as well.

To prepare for her new role, Ruffa watched an episode of America's version Ugly Betty and bought a copy of the movie Devil Wears Prada. However, she does not want to imitate anyone exactly. "I want to portray Daniella in my own way. I'm so blessed na binibigyan ako ng mga wholesome roles, and this is also a challenge for me because I also want to be recognized as an actress," she explains.