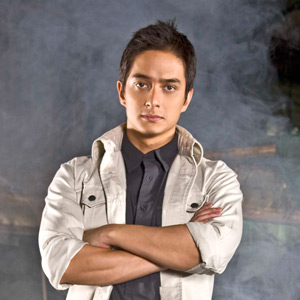 Ryan Agoncillo will host ABS-CBN's most ambitious reality show Pinoy Fear Factor. The show—which is the local version of Fear Factor Extreme—will be taped in Buenos Aires, Argentina. Twelve contestants will be vying for the P2.5 million cash prize and house and lot that will be given out after enduring more than 30 days of stunts and ordeals.

Dubbed as Pinoy Fear Factor: South America, ABS-CBN gathers 12 bold contestants and dares them to face their fears through rigorous physical and mental challenges. The identities of the chosen contestants, however, won't be revealed until the entire team wraps up taping the entire show.

"Contestants will come to terms with their greatest fears and outdo themselves in a foreign land far from home and face their new environment," said business unit head Laurenti Dyogi.

All of the aspirants were subjected to various stunts and tests to determine their capabilities and readiness in dealing with the demands of the program. The entire Pinoy Fear Factor staff was very cautious in screening all the possible contestants since they're trying to at least minimize possible glitches while they're abroad.

"Mararamdaman mo naman ‘yong authentic," said Mr. Dyogi about the fears exhibited by the contestants during the audition. "Mahaba naman ‘yong proseso namin sa pagpili sa tao so that we'll know who's acting it out and who's sincere and malalaman mo naman talaga."

REALITY ELEMENT. Making the most of their stay in Argentina and to make the show more exciting, the production team behind Pinoy Fear Factor decided to strengthen the program's reality show element.

As revealed during a press conference conducted a few weeks back, the contestants will be staying in a boot camp where they will have to endure Argentina's cold weather, with temperatures ranging from 1°C to 8°C.

The decision to conduct the show in a foreign land was reached after ABS-CBN and Endemol representatives weighed all the options and considerations during the planning stages of Pinoy Fear Factor.

"The original plan when we inquired about the franchise is do it here in the Philippines," shared Dyogi. "When we did an ocular inspection in South Africa a couple of months back, the objective really is to be able to do the stunts here. Pero nung nakita ko kung gaano kahirap and gaano kalaki ‘yong mountain, we were after safety first. Kasi I don't think it would be easy to mount and to ensure the safety of the contestants and the hosts if dito ko bibiglain, madaliang isu-shoot natin dito within the year."

During the sit-down meeting, the Endemol representatives pitched in a suggestion, "Why not do it either in South Africa or Argentina?" recalled Dyogi.

Flying to Argentina is more practical and efficient. "Since we wanted to do it this year, the consensus was to shoot, all costs considered, in Argentina. And nung tinitingnan ko yong pinadala, meron silang grid ng stunts na gagawin. Nung hiningi ko ‘yong mga footages sabi ko, ‘Mahirap, mahirap gawin dito ‘yan.' It's very risky for us so it's better to do it there [Argentina.].

"Sa Argentina, they've been doing it for more than 30 series so ‘yong series ng Philippines would be the 31st series that would be shot in Argentina so kabisadung-kabisado na nila, the props and the stunts, the experts are all there. Handang-handa na sila so it's more practical talaga for us na gawin dun."

The small Pinoy Fear Factor contingent, which includes host Ryan Agoncillo, will stay in Argentina for more than 30 days. "We're still not sure kung kailan namin ipapalabas ‘yong show but we're hoping to be ready by September since for sure tapos na kami mag-tape in Argentina by that time," shared Dyogi.

In the series, one contestant will be eliminated almost every week after doing the three stunts. The last contestant standing will be proclaimed grand winner, taking home a huge P2 million cash prize plus a house and lot amounting to P2.5 million courtesy of Ayala Land.