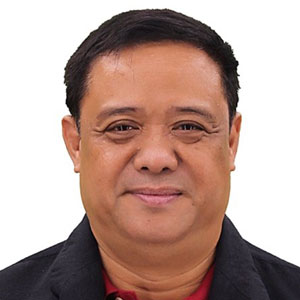 From Serena, Liza Soberano says she imbibes the feeling of being so young and mature, adding she does not want to be remembered as just a pretty face. On the part of Enrique Gil, he says Tenten has shown him how to be more responsible, "You see the struggles, it becomes you, e."

Ani Liza, "We wanna say 'thank you' to everyone, kasi from the start to the end, laging mataas ang ratings namin.

"We learn a lot of stuff whenever we work… you see the struggles, it becomes you, e.

"So kapag may nakita ka na from the outside, you feel for them.

"Ganun din ako, e, It opens your eyes, it makes you... it's a humbling experience."

Sabi naman ni Liza, "For me naman, I feel like I became more mature.

“Serena is a more mature, strong and feisty character and I enjoyed being mature for a while…

“It also helped me in the process of becoming mature in real life.

"Of course, I turned eighteen, I have learned to become more responsible and stuff.

“Serena happens to be a very responsible woman, part of me became that."

Tugon ng Kapamilya teen actres, "We fight for what we believe in.

"We go after what we want, we try to achieve our goals and aspirations."

"Like si Serena, when she's in love with Tenten, she told it right away.

"Sometimes in real life, mahirap gawin yun but I admire her for it."

"I like the very simple kind of beauty, but very elegant."

Natatawa at parang nahihiyang reaksiyon ni Liza, "Talaga? But I can't say that for myself.

"I appreciate it, pero minsan feeling ko, yun ang nakikita, e, I dont want it to be like that.

"I don't want them to remember me, because I'm pretty."