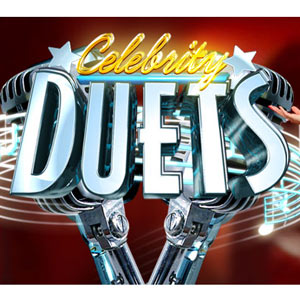 The six remaining contestants of Celebrity Duets 2 have one more week before one of them gets eliminated in the September 28 episode of this GMA-7 show.


GMA-7's star-studded singing competition, Celebrity Duets 2, announced a non-elimination night last Saturday, September 20, after the remaining six celebrity contenders performed their respective productions numbers with a bang. Duets host Ogie Alcasid carried the suspense over to next week when eliminations will once again take on the musical stage.


But prior to the sighs of relief brought about by Ogie's suspenseful announcement by the end of the show, the six celebrity contestants performed their numbers—each equipped with their own musical flavor.


Tessa admitted that this is JL's best performance so far. "[You're not] looking at the floor anymore, you're smiling, you're having fun, and may rapport ka na sa ka-duet mo. Galing!" she said.


Soccer heartthrob Phil Younghusband took the stage next with a sexy rendition of "I'm Too Sexy" by Right Said Fred. He performed with Viva Hot Babe Sheree, who wore a black sexy mini-dress.


"You were too conscious about projection, so you forgot the singing," Maestro Danny told Phil. "I thought you were mumbling, and I couldn't understand a word," he said.


Freddie, whose comments do not always seem to mesh with Danny's, agreed with the musical director this time around. "Looking at it from a 20-20 viewpoint, ang weird talaga nung number na ‘yun. It's really weird. It's a tumabingi again, ‘e," he said.


Phil, however, defended himself and said, "I wanted to bring something different."


But Tessa was still in the mood to give praises, especially with Phil's ultra-hot outfit. "If you take off your shirt all the way, I'm gonna make sure these people will say something nice next time. Take it off!" she joked, to which Phil complied.


Fashion designer JC Buendia opted for a feel-good song last week. He sang "Raindrops Keep Falling on my Head" with GMA-7 talent Yasmien Kurdi. Before the performance, the designer shared that even ex-president Cory Aquino showed her support for JC, whose past performances were also seen by his regular client, President Gloria Macapagal-Arroyo.


With his white outfit, a Japanese-inspired bike and a cute melody for a song, JC was able to impress the Sea Princess Tessa. "At least you're not shouting anymore. The last time, talagang nang-gigigil yung voice mo. Cute song," she complimented JC.


Last to perform was the lone rose among the thorns, beauty queen Carlene Aguilar. The Bb. Pilipinas-World title holder sang an Aegis belter, "Halik" with the legendary Dulce.


"Drum roll, please," started Direk Freddie. "And the winner of the Most Bonggacious Rocker Chick...Carlene!" he continued, referring to Carlene's rock-inspired costume comprised of a tight pair of black leather pants and a midrib leather top.


Since it was a non-elimination night, the votes last week will be carried over to the next episode wherein the hosts will announce the name of the eliminated contestant. Find out next Saturday, September 28, on Celebrity Duets 2 after Pinoy Records on GMA-7.