JL Cang out of "Celebrity Duets 2" 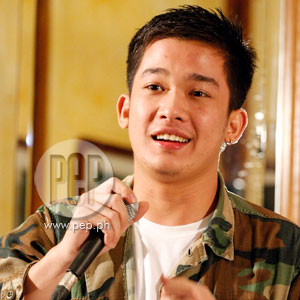 Celebrity chef JL Cang was eliminated in the September 27 episode of Celebrity Duets 2.
After a non-elimination night held last September 20, the excitement and pressure went on as Celebrity Duets 2's Sensational Six who were all dreading the time when one of them would get the boot. Last week, the six remaining contestants—comedian Joey Marquez, Metropolitan Manila Development Authority (MMDA) chairman Bayani Fernando, beauty queen Carlene Aguilar, celebrity chef JL Cang, soccer player Phil Younghusband, and fashion designer JC Buendia—gave their all in exciting performances worthy of the concert stage.


But as in the true nature of reality singing competitions, farewells always have to be said. And this week, it was chef JL Cang who bid goodbye to the show. Joining him in the bottom group last week were Joey Marquez and Phil Younghusband.


However, prior to the dreaded announcement of the next casualty, the Sensational Six first rendered their respective performances. First was Bb. Pilipinas-World title holder Carlene Aguilar, who followed the judges' advice weeks before and opted once again for a daring number. Carlene wore a sexy sequined dress as she sang and danced with duet partner, Karylle. They sang Beyonce and Shakira's popular duet, "Beautiful Liar."


Carlene, who has to deal with the pressure of being the only girl left in the show, received good comments from this season's panel of judges: musical director Danny Tan, stage director Freddie Santos, and season one grand winner Tessa Prieto-Valdes.


"Girl, you are so hot there right now! You're like ready for the championship!" Tessa exclaimed. "I'm gonna look at you, and I'm gonna see you in the end. This is the best yet...like Danny said. Awesome. A little less clothes, kailangan pa," she laughed.


JC Buendia went next with a duet partner he described as "super big sa concert scene." Joining him was Side A frontman Joey Generoso, with whom he sang "Tuloy Pa Rin Ako." For his props, JC used a motorbike yesterday, September 27, as opposed to a simple bicycle last week.


"Your voice, doesn't seem like you're nervous na," observed Tessa. "Nag-e-enjoy ka na diyan. And Joey G. is like my favorite. He sang with me in my finals and he's lucky for me," she recalled. "I hope he's gonna be lucky for you also."

Next was comedian Joey Marquez singing Hagibis' "Katawan" with his duet partner, the legendary Mike Hanopol. This time, Joey went for the Southern look and wore a checkered polo complemented by a cowboy hat.

Crowd favorite Bayani Fernando described his performance as "a little tame because I'll be singing a very serious number...medyo operatic ng onti." Along with flowers strewn across the floor and a petal-embellished swing in the background, he sang "Somewhere over the Rainbow" with Sugar Pop's Julie Ann.

"I know how the feeling is," empathized Tessa. "I could see your voice coach here getting mad at you kasi mali yung timing mo. At least in the end, you reached that high note," she consoled.

"The two of you together...the two hunks of my life," Tessa said dreamily. "Vicky, you gotta share," she joked, as she referred to celebrity doctor and Hayden's sweetheart Vicky Belo, who was seated in the audience to witness the performance. The singing was pretty okay," she added.

"It was better than I thought it would be," complimented Freddie. "I tell you, I was not expecting much. From last week...tumabingi. This week...much better."

"Phil, I think you've already embraced this competition," said Maestro Danny Tan. "You're more relaxed and you have good facial expressions. Just concentrate more on your singing and do better," he advised.

It was Tessa who gave criticisms this time. "Parang I got confused kasi. Buti nalang Gian was there to make you salo," she remarked. "And this is duets naman, diba? Parang as a stand-alone, yung boses mo...okay lang. But at least the duet part, maganda na. [It] saved you, thanks to your duet partner," she added.

Who will get to be eliminated next week? Find out next Saturday in Celebrity Duets 2, airing after Pinoy Records on GMA-7.
Read Next
Read More Stories About
TV, GMA-7, television
Post a Comment
Featured
Latest Stories
Trending in Summit Media Network