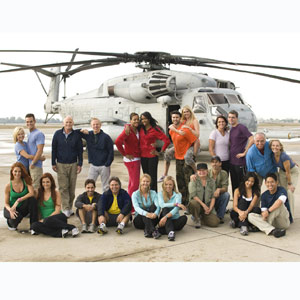 Watch the 12 teams travel to 9 countries in a span of 22 days for The Amazing Race Season 14. It will premiere this Monday, February 16, live via satellite at 9:00 AM with a primetime airing every Tuesdays at 8:00pm on Studio 23.
Language barriers have always been a hurdle for teams in The Amazing Race but for recent college graduate and first-ever deaf contestant Luke Adams, it's double the trouble.

Luke, paired with his mom Margie, is among the twelve teams who will travel over 40,000 miles around the world in 22 days for a shot at a $1 million jackpot prize in the fourteenth edition of the reality hit series premiering Monday, February 16, live via satellite at 9:00 AM on Studio 23.

Beginning at the Los Alamitos Joint Forces Training Base near Long Beach, California, this season's competition will cover nine countries including Switzerland, India, People's Republic of China, Russia (Krasnoyarsk and Novosibirsk) and for the very first time, Romania.

In an interview with the Associated Press, executive producer Bertram van Munster revealed that the teams encountered extreme conditions during the race including a Siberian snowstorm in sub-zero temperature, intense roadblocks and less time in airports which added to the racers already exhausting course.

The race also included the world's second tallest jump, suffocating heat in India, and Olympic-themed stunts that literally left them gasping for air.

Who will make it to the final pit stop and be the 14th winner of this Emmy-award winning reality competition?

Don't miss the intense premiere of The Amazing Race, Monday, February 16, live via satellite at 9:00 AM with a primetime airing every Tuesdays at 8:00pm on Studio 23.
Read Next
Read More Stories About
TV, television
Post a Comment
Featured
Latest Stories
Trending in Summit Media Network