Jomari Yllana will continue to balance acting with concert production 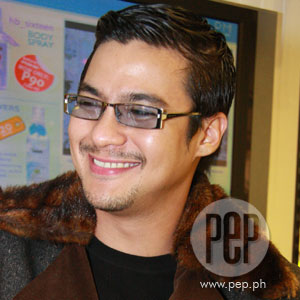 Jomari Yllana appeared in the April 26 episode of Showbiz Central to answer some of the issues related to him as an actor and showbiz personality. He gave a "Lie" to 2 out of 4 questions posed to him during the "Don't Lie to Me" segment.

Actor and producer Jomari Yllana appeared on Showbiz Central's "Don't Lie to Me" segment earlier today, April 26, 2009, to answer some of the most controversial and private issues that has made him one of the most talked about celebrities today.


The Guwapings by the way is a young three-boy group composed of Mark Anthony Fernandez, Eric Fructuoso, and Jomari Yllana. They had a huge fan base in the early nineties and made a few films during their stint.


As it turned out, Jomari was telling the truth and when asked who was the rebel among the three, he laughed and said, "E, tinanong n'yo na ang dalawa, e, alam niyo kung sino ang pinakapasaway!"


But of course, during that time, they were just teenagers and for Jomari, it was brotherhood. "Kaming tatlo kasi, parang one for all, all for one. Pag may ginawa kami, or pag may gusto gawin ang isa, eh sama-sama kami lagi. Kung kalokohan man yung gagawin naming, e, laging magkasama."


There was pause before Jomari answered the question with a "No." However, it turned out as a lie and Sweet made his signature dance move, much to Jomari's amusement. After the dance, Jomari joked, "Alam mo, ok na din na nag lie ako." When asked to share his story, Jomari revealed that he was the only boyfriend Priscilla ever had and Priscilla was Jomari's first girlfriend.


So, who was the first girl that made Jomari cry?


Jomari soundly answered "No." Good news for Jomari's fans, the lie detector machine agreed and gave his answer the truth and nothing but. That said, how would Jomari handle acting and producing?