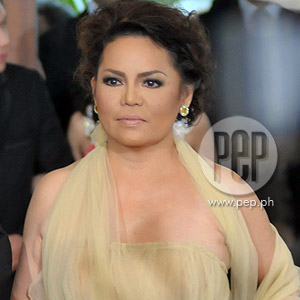 Bing Garcia, the mother of celebrity siblings Patrick and Cheska Garcia, faced Showbiz Central's Intriga Crossfire to defend her son Patrick regarding the controversial issues facing him today. She also expressed her joy on daughter Cheska's pregnancy and upcoming childbirth.


Host Pia Guanio informed Bing that Patrick recently said in an interview that there was a possibility that he would court Glaiza de Castro. Does Bing approve of Glaiza?


"Actually we never judge whoever our children like," said Bing, "kasi ang ano namin diyan, e, hindi naman kami ang the one who's gonna live with the person. It's their lives. We are just here to advise, but then, if they don't wanna take it, e, ok lang."


When asked if Patrick was ready for another relationship, Bing smiled and said, "I don't think so. He is never ready. His older brother, he is already in his thirties and he is still single."


Has she and Glaiza met?


"No," laughed Bing. "I have not met her and just found out about it also on television."


"I'm sorry but I have to beg off," said Bing. "Kasi, first of all, sabi niya, 'No communication,' and she has moved on and everything. We have moved on. It's better that way."


Does Bing think that the Jennylyn-Patrick split did any good for them?


"No offense sa fans nila, pero I think nakabuti sa kanila because you see, mga tao kasi they have different degrees of immaturity, so sila, I don't think they're ready. Kung natuloy sila, I think it's gonna come out sa hiwalayan. Buti na ang ganito para wala na masyado ma-involve even as it is. Pabalik-balik lang."


On a lighter note, how is Cheska's pregnancy doing?

"Confirmed yung apo ko kay Cheska," smiled Bing. "Because there is a saying na kung sino man ang mapangasawa ng anak mong babae, e, apo mo pa rin yun. Pag sa lalaki, e, you can never tell. Only the mother who can tell kung sino ang baby niya. Well si Cheska, she's very much pregnant and she is getting bigger by the day. We're looking forward. They have this movie made and you can see the baby from the womb and everything."


When is Cheska's due date?