Geneva Cruz "lies" about being in a relationship with KC Montero 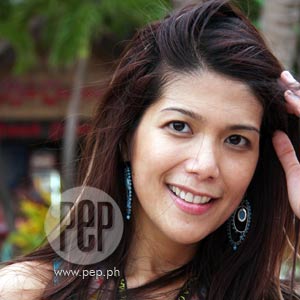 When asked if she is still in a relationship with KC Montero, Geneva Cruz said "Yes" but the lie detector machine revealed that this was not true. However, the singer refused to explain her answer.

Singer Geneva Cruz appeared for the first time yesterday, May 10, on Showbiz Central's Don't Lie to Me segment. She responded to controversial issues that continue to hound her even as she stayed out of the limelight.


The light exchange of laughter from Rufa Mae and Geneva vanished when Rufa Mae asked the next question—a question that proved quite sensitive.


Once again, the machine confirmed Geneva's answer as the truth.


"Ano ba 'yan, grabe , Mother's Day," Geneva suddenly commented. Trying to keep a straight face, she explained, "As a woman, kasi napakahirap na ma-experience na mawalan ng anak—mga anak, in my case. I don't really want na ikwento nang buo but yeah, we did try and I got pregnant three times but unfortunately the little KCs did not survive."


The last question for Geneva dwelled on a controversial matter. "Once and for all, kayo pa rin ba ni KC?" asked Rufa Mae.


This time, the lie detector disagreed and gave Geneva's answer as a lie. When asked to explain, Geneva said, "I am not gonna explain anything. It's Mother's Day. I miss my son very much."