Survivor Toncantins down to Final Five 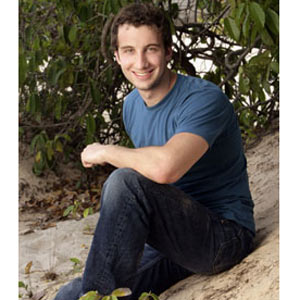 Aired locally on Q Channel 11, last Friday's tribal council saw Debbie Beebe's Survivor torch put out. She now joins Brendan, Tyson, and Sierra as jury members who eventually will determine who is going to be this season's sole survivor.

Dubbed "The Ultimate Sacrifice," last Friday's episode saw the much-anticipated Survivor auction wherein the castaways were given $500 each. Debbie was first to buy a bowl of fries for $120, next was Coach (chicken parmigiana and a glass of wine for $320), followed by JT (mystery item that turned out to be nachos for $160), and Stephen (another mystery item, chicken hearts—a Brazilian delicacy, for $100).

On the last item up for bid, Survivor host Jeff Probst presented a mobile phone loaded with a video message from loved ones at home. Jeff announced that the castaways could pool their money to get one of the castaways to win, which they actually did for Taj.

But there's more surprise—Taj had the option to see her husband back at camp or instead go to Exile Island with him so that the other castaways' loved ones could be at the campsite, which she accepted. Back at camp, the castaways were joined by Coach's assistant coach, Debbie's husband, Erinn's father, J.T.'s younger sister, and Stephen's brother.

After their loved ones left, the game resumed. Friday's immunity challenge was an obstacle course—dig their way under a log, walk across a balance beam, crawl under some ropes, and then head out into a field where they will find rotating math symbols. The first person to correctly write down the sequence—which they can only do after racing all the way back to the beginning of the challenge—and then figure out the denoted math problem wins.

Left behind in the early part of the challenge, Stephen was able to remember all the symbols in one pass, while the others needed multiple trips to try to remember the symbols. Stephen's memory technique did not fail him and he was able to come from behind to win Individual Immunity for the first time.

Whose Survivor stint will be cut next? Catch Survivor Toncantins at 2 pm via satellite with a primetime telecast at 7:25 pm and a weekend replay on Saturday at 4 pm, on Q Channel 11.
Read Next
Read More Stories About
TV, television
Post a Comment
Featured
Latest Stories
Trending in Summit Media Network