Audition Celebrity Dance Battle to premiere on May 17 at SOP 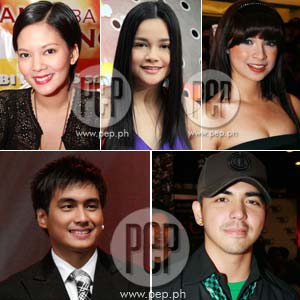 Audition Celebrity Dance Battle, the first TV dance contest based on the popular online dance game, is set to launch on May 17 on GMA-7’s Sunday musical variety show S.O.P.


George Royeca, VP for X-Play Online Games Inc., the company behind Audition Celebrity Dance Battle, said this bold new move is part of the direction of the company to bring its titles mainstream.


“Audition Dance Battle is all about the music, fashion, and fun game play which mirrors S.O.P.’s exciting musical and dance numbers and the fashion trend the show sets. They absolutely complement each other which is why going mainstream via S.O.P. is an almost natural thing to do. We are excited for Audition Celebrity Dance Battle and happy that GMA-NMI and GMA Network are giving their full support for this,” said Royeca.


“Audition Celebrity Dance Battle will be a guaranteed hit for our online players and the show’s avid followers. It’s like bringing the game into the real world with a celebrity cast to boost. So expect the Audition Dance Battle players who are 2 million strong and counting to watch this unique event,” he pointed out.


The winning pair will receive P100,000, fifty percent of which will go to X-Play’s charity partner, IP Foundation. The healthcare program of IP Foundation is administered in collaboration with Family Vaccine and Specialty Clinics, which operates the largest chain of privately run vaccination clinics in the Philippines, with 30 clinics across 17 provinces nationwide. Each celebrity pair will sponsor one FVSC clinic.