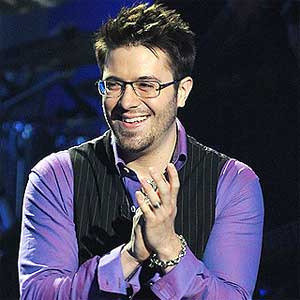 Danny Gokey (in photo) was the last person eliminated in American Idol Season 8. Watch the showdown between Kris Allen and Adam Lambert on Q Channel 11 this Thursday, May 21.

The vocal prowess of American Idol Season 8 contenders Kris Allen, Danny Gokey and Adam Lambert were tested to the hilt this week. Each of them rendered two songs: one that is handpicked by the judges and the other the contestant's personal choice.


America and judges Randy Jackson, Simon Cowell, Paula Abdul and Kara DioGuardi stay glued to their seats for their performances.


Randy said "Let the game begin... lotsa energy. That was dope for me."


Kara felt it fell short of her expectations. She was quick to comment that the dancing was a little desperate. "Will I remember the performance tomorrow? I don't really know."


The Milwaukee native then sang "You Are So Beautiful," a Joe Cocker classic and earned glowing remarks.


Paula commented, "You nailed it. It was a beautiful, beautiful song." Simon pointed out, "I would call that a vocal master class!"


Randy and Kara picked "Apologize" by OneRepublic for Kris Allen to do onstage. They [Randy and Kara] felt it was a "big song, big range... a song open for interpretation." Kara found it "a confident performance. At this stage of the competition, you've got to be swinging it out of the park." Paula mentioned that "there was a bum note there... But I'm so proud of you."


Kris' take on "Heartless" by Kanya West sizzled and earned the green light from the judges. Randy thought he "liked the version. It was better than the original. "Simon stated "it was a lame choice. But you earned your way at this stage."


"One" by U2 was Simon Cowell's personal song choice which incidentally was one of his favorite songs in the world. Simon even got the nod from Bono of U2 to use the song for Adam's performance. Adam's take was stellar. Randy told him: "Let me just say that you are definitely in the zone—unbelievable vocals. Kara commented "You're a strategist—an amazing strategist. [You] made it unbelievable and you did you own version." Simon remarked, "I thought it was a brilliant song choice. It was a brilliant, brilliant performance."


The stage performer picked "Cryin" by Aerosmith and undoubtedly slammed it. Kara, awed with Adam, gushed, "it was amazing. We'll see you at the finals." Paula even added: "I'll be seeing you next week and the years after. "


Guest performers for the jittery elimination night were Ben Stiller and the hilarious cast members of Night of the Museum: Battle of the Smithsonian who opened the show. Jordin Sparks from AI Season 5 sang "Battlefield" joined by OneRepublic's Ryan Teddy, guest appearances from Alicia Keys, global ambassador for "Keep a Child Alive" and made pleas for donations. Noah from Rwanda then rendered the song "I'm the World's Greatest" and Katy Perry also sang "Waking up in Las Vegas performed in classic Vegas showgirl style.


American voters decided to keep Kris Allen and Adam Lambert in the finale. Judges were shocked when Danny Gokey received the fewest of the record-setting 88 million votes.


Paula and Kara gave Danny a standing ovation after performing his swan song.


In a season full of surprises, next week's final performance show promises to be a night to remember as Kris and Adam compete head-to-head for the IDOL crown at the NOKIA Theatre L.A. It will air on Q Channel 11 this Wednesday, May 20, at 6:00 p.m.


Tune in the following day for the biggest television event of the season. Over 100,000 people auditioned, and now only one finalist will be crowned the next American Idol on the two-hour season finale on May 21, Thursday, 8:00 a.m. LIVE via satellite.


The finale will feature special performances and surprise guests as the Top 13 finalists reunite on stage one last time before America's vote is revealed.