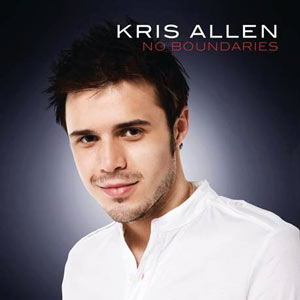 Kris Allen often performed at the acoustic guitar or on piano during his stint on American Idol Season 8.
After close to 100 million votes, some 30 million people tuned in to watch the crowning of Kris Allen as this year's American Idol.

Some viewed it as a huge upset over judges favorite Adam Lambert, while others felt Kris was the dark horse whose undeniable appeal won the day.

Whatever your view, it was an incredible showdown between two amazing artists.


Last Wednesday, May 20, thousands of screaming fans trooped to the Nokia Theater in Hollywood to watch the finale of American Idol Season 8. The red-carpet affair had judges Randy Jackson, Simon Cowell, Paula Abdul and Kara DioGuardi dolled up to the nines.

Opening the competition was Adam's "Mad World" act earning accolades from the judges. Not to be outdone, Kris rendered "Ain't No Sunshine" and Paula called him "iconic."

Adam's poignant "A Change is Gonna Come" earned for him a comment saying that he had "undeniable greatness."


Both finalists then gave their rendition of the original "No Boundaries" a song co-written by AI judge Kara DioGuardi. Adam gave his all to the song, prompting Kara to comment, "it was an amazing feeling to hear the song sung by someone with his talent."


Kris closed the show with his own interpretation of the song. Randy thought "the song fit nicely with Kris' vocals." All the judges felt he deserved a spot in the finals.

On Day 2, stellar performances from the Top 13 of the current season and performances from special guests added excitement to the evening. Last year's AI winner David Cook performed the song "Permanent." Lil Rounds and Queen Latifah shared the stage with "Cue to Rain."


Jason Mraz performed with AI Season 8 contenders Anoop Desai and Alexis Grace. Danny Gokey did a number of songs with Lionel Ritchie. The women of Top 13 performed "Glamorous." AI Top 4 lone female Allison Iraheta sang "Time after Time" with the indefatigable Cyndi Lauper. She also belted songs with Fergie and the Black Eyed Peas together with past contestants.


Finalist Kris Allen performed "Kiss a Girl" with Keith Urban while Adam Lambert did a medley with Kiss. An offbeat act from Steve Martin, Meagan Joy Corkrey and Michael Sarver tickled the audience with "Pretty Flowers."


The male members of the Top 13 performed "Do You Think I'm Sexy" after which the legendary Rod Stewart popped on stage with "Maggie May." Adam and Kris ended the slew of performances by singing "We are the Champions" with classic rock band Queen.


Simon's parting words to the finalists before the big announcement was made was both of them were "incredibly brilliant...and the future is all yours."


Who captured the heart of America? None other than the 23-year-old student from Arkansas, Kris Allen. The "dark horse" of the competition was able to beat the 27-year-old musical theater actor. Obviously shocked by the result, Kris could only exclaim: "You are the reason why we guys are here. Thank you very much!"


The eighth winner of American Idol then triumphantly closed the show with "No Boundaries." He takes home the prestigious "American Idol" title, a trophy, special prizes and a recording contract.


Check out Kris Allen's version of "No Boundaries" on his official website. The song was written by American Idol judge Kara Dioguardi, Cathy Dennis and Mitch Allen and produced by Eman.


Watch for his upcoming debut album.