Aga Muhlach recalls his colorful showbiz career for Inside the Cinema 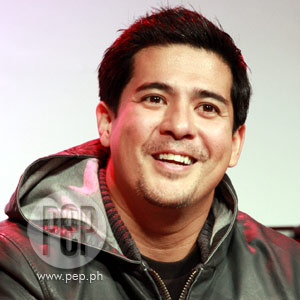 
Watch the acclaimed and multi-awarded actor, multi-media product endorser, worthy role model to Filipinos of all ages, a supporter of underprivileged children and matinee idol talk about his highly successful career in this Cinema One show hosted by Boy Abunda.

Ariel Aquino Muhlach—who was born on August 12, 1969—never thought he will soar to the top of such an extraordinary career upon entering his age of pubescence. "I was just having fun, hindi akalain lalaki ng ganito ang pangalan ko."

Aga's showbiz connections initially helped his entry into local moviedom: former child star Niño Muhlach is a cousin and '50s decade drama queen Amalia Fuentes is an aunt. But he instantly carved a teen idol appeal in Bagets, the Regal Films movie where angst and curiosity underline teen restlessness. The movie became a blockbuster and Aga became an overnight sensation.

Though he was albeit stereotyped in succeeding teen flicks such as Hot Shots and Campus Beat, he was given a chance to try serious acting in Miguelito ang Batang Rebelde. This 1985 movie earned for him nominations for Best Supporting Actor for FAMAS and the Best Actor at the GAWAD Urian in 1984.

Aga received his first Best Supporting Actor award in the Gawad Urian for Napakasakit Kuya Eddie in 1987. This was followed by Best Actor Awards from FAMAS and Gawad Urian for the films Joey Boy Munti 15 Anyos Ka sa Muntinlupa (1991) plus the classics Sinungaling Mong Puso with Vilma Santos (1992) and Sana Maulit Muli with Lea Salonga.

Boy Abunda asks Aga to describe his acting style. "I work hand-in-hand with my directors and don't really prepare. I just read the script for things to become natural on screen," says the matinee idol.

Answering a lot of firsts in Inside the Cinema, Aga talks about his lingering reputation for being a chick magnet on and off screen, an association that arose from his long list of beautiful leading ladies: Janice de Belen (Napakasakit Kuya Eddie, Bakit Madalas ang Tibok ng Puso and When I Fall in Love), Aiko Melendez (May Minamahal), 1993 Miss Universe Dayanara Torres (Basta't Kasama Kita), and Mikee Cojuangco (Forever).

Aga is also asked about his perceptions on what makes local cinema's state today both exciting and frustrating. During his discourse with host Boy Abunda, Aga reveals the legacy that he wants to leave behind. He simply points out, "I just want to be remembered. That's it."