MMK celebrates its "debut" with month-long celebration this August 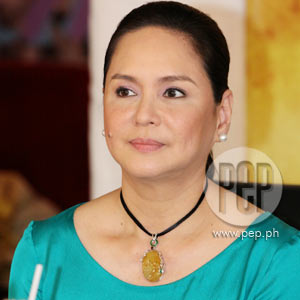 "Akala mo ang galing-galing mo na, ang tibay mo na, but when you read about other people's stories, what they're going through and how they survived, it would be so humbling," says Maalaala Mo Kaya hostMs. Charo Santos-Concio. The drama-anthology show will be celebrating its 18th anniversary with a month-long celebration on ABS-CBN.

For the first episode (airing August 1) celebrating MMK's 18th anniversary, the longest-running drama anthology on air shows the other side of Ai-Ai delas Alas. The Concert Comedy Queen will play the lead role in the tragic story of a poor mother in Catbalogan City in Samar. Erich Gonzales will play Ai-Ai's daughter in this tearjerking episode.

Then, for the four succeeding episodes, MMK teams up with The Filipino Channel, which is celebrating its 15th anniversary this year. The four remaining episodes will present the stories of Pinoys living in the United States.

TFC assistant vice president Jeff Remigio described their collaboration with MMK. "I think it took about nine months bago nabuo itong apat na episodes na ito, from the conceptualization all the way to launch this August. When we pitched also that we're celebrating 15 years of TFC, parang akmang-akma naman na MMK is celebrating its 18 years. So, sabi namin, it was a good project to work together. It was endless nights. You know naman the time difference in San Francisco and Manila-teleconference, videoconference just so we could gather the right materials para dito sa month-long celebration ng MMK."

Although MMK had gone to the United States to feature these stories, its host ABS-CBN President Charo Santos-Concio assured the public that these episodes were all based on real life stories. "We only feature true-to-life stories sa Maalaala Mo Kaya, that's the brand essence of MMK. And we have stayed true to the equity of the program."

She also added, "Sa palagay ko, with all modesty, our stories have continued to touch the lives of our viewers. These are true-to-life human experiences that resonate with the viewers. Maraming aral silang napupulot, nai-inspire sila. Hindi ba, minsan kapag may nakikita kang kwentong kapitbahay mo o ng kaibigan mo na mas mahirap ang pinagdadaanan, it alleviates your own suffering. I think that's one of the secrets that's why this program has stayed this long."

THE BEGINNINGS OF MAALAALA MO KAYA. During the press conference for its annviversary, Ms. Charo recalled how the network came up with Maalaala Mo Kaya.

What was your first episode?

CHANGING SMALL DETAILS. While all the stories of MMK are based on letters sent by the viewers, the staff admitted that they sometimes change details to make it more appealing to the audience.

Direk Olivia seconded, "'Yong essence is always preserved. Kaya lang, kunwari, we pushed the drama kasi based sa research mo, you read, alam mo ang kwento hindi aakyat. So, ang fiction doon would be to push the drama. But the essence of the story is intact."

Without going into details, Ms. Charo explained, "I met with the staff after the incident. I was telling them, ‘When it's an institution that is concerned, you have to verify.' Of course, you're listening to the version of the story from the storyteller's perspective. Pero sabi ko, ‘Kapag meron nang [nabanggit na] institusyon, kailangan nang i-verify.'

"Another thing is we should be very, very careful. We can change naman some detail, we don't have to mention. Ang sabi ko, ‘You know, kung nagkamali tayo, let's apologize. We don't lose anything for saying sorry.'"