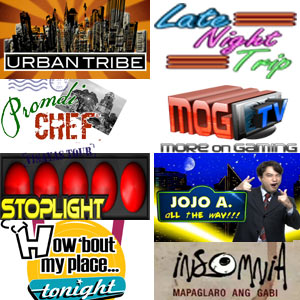 "We're very strong on weekend, on primetime, one thing we have to fill up in terms of the gap in the portfolio is late night. Right now, we're starting to fly already and the reason is because of new programs [such as Late Night Trip]," said TV5 vice president for brand management Jasper Evangelista during the press conference for its new shows.

TV5 continues its plan to offer innovative programs in television. With its TV block called Late Night Trip, the one-year-old TV network is set to air new shows that promise to be different from the usual shows being offered by the two giant networks.

In a press conference held recently for the network's late night programming, TV5 vice president for brand management Jasper Evangelista gave a short report on how their network have progressively become competitive with other TV stations, especially on primetime and weekends.

Given this trend, TV5 wants to give attention to the late night timeslot to catch the attention of the audience who sleep very late in the evening. This prompted to form the Late Night Trip.

Mr. Evangelista said in his "progress report," TV5 stands for innovation, so we always come up with something new. Of course, sometimes it's risky but, again, we learn, we tweak, and we make sure they're all competitive. We're very strong on weekend, on primetime, one thing we have to fill up in terms of the gap in the portfolio is late night. Right now, we're starting to fly already and the reason is because of the new programs [of TV5 in Late Night Trip]."

Each day of the week starting at 11:30 p.m., TV5 brings shows that are different from the documentary-driven programs of their rival stations.

For Monday, they have the Urban Tribe that features the Fiesta House Band called Tribomanila. This five-member group will feature different interests of men and how they keep up with different urban and social settings.

On Tuesdays, Chef Jose Mari Gaston will show the televiewers the best-tasting food in different provinces around the country in Promdi Chef.

"It's not just an average cooking show, it's actually a travel and cooking show in one," said Promdi Chef's brand manager Trina Ching. "[The show] will tell the audience about what's good about [one] place—not just the good dishes there but also the best places to stay."


It's time for long-running motoring and motorsports program Stoplight TV on Wednesdays. From Studio 23, Stoplight TV transferred to TV5 to give the viewers a different motoring lifestyle program.

Program host DJ Matt Montoya said during the press conference, "We believe that each and everyone in this room uses some sort of transportation—your car, motorcycle or public transport—lahat ‘yong tina-tackle ng Stoplight TV in a very light manner. We're having quite a lot of entertainment na normally hindi ninyo napapanood sa normal lifestyle program."

TV5 gives viewers a chance to hang out with two of well-known chefs in the country, executive chef of Embassy Cuisine Fernando Aracama and head of Bistro Group of Restaurants Chef John Cu-Unjieng, in the show How ‘Bout My Place Tonight?

Its director, Butch Ilige, described the show by saying, "How ‘Bout My Place Tonight? is a culinary show that airs every Thursday 11:30 pm. The objective of the show here is to create quick and easy recipes."

Before the weekend starts, MOG (More on Gaming) TV updates the TV5 viewers about the latest in gadgets and games.

E-Games vice president for marketing Ed Pasion told the media, "Everybody here is a geek in the sense of enjoying gadgets and enjoying movies or enjoying games. Anybody from the ages way back from Pacman to the new games right now, everybody, once upon a time, enjoys playing games. The role of MOG TV is to showcase again that gaming is a part of our life, a part of our lifestyle."

Topping all these weekday shows is the show of former That's Entertainment member, Jojo Alejar, called Jojo A. All The Way!

Did he just copy the late night talk shows in the US? "Obvious naman, di ba?" exclaimed Jojo.

He continued, "But the different thing about our show here is it's a late night show similar to that of United States, I copied it, pero it shows Filipino issues and concerns. That would probably make us different."

Lastly, before you hit the sack make sure to check out the hippest and naughtiest game show that will pilot in September, called Insomnia, which will be shown right after Jojo A. All the Way!

With these new set of programs, TV5 aims to stay competitive with two giant networks by sticking to the core values of the network which are, according to Mr. Evengelista—innovative, relevant, and spirited.