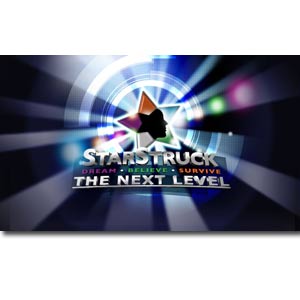 StarStruck, GMA-7's original and reality-based artista search, returns for another big season via a grand and explosive launch on S.O.P. this Sunday, August 30.

Described even this early as the grandest and most ambitious installment of the popular artista search show, GMA-7 announces the start of the nationwide auditions for the upcoming fifth season at 10:00 a.m. at the GMA Network Drive in Quezon City.

As the Kapuso Network throws a big launch party for the new season of StarStruck on SOP, live remote feeds will also be shown from SM Cebu, SM Davao, SM Iloilo and Stadia in Dagupan with the simultaneous release of application forms in these areas.

Auditions are open to all male or female applicants, 16-23 years old, Filipino citizen and with talent in singing, dancing and acting. Applicants are asked to bring an original and photocopy of their birth certificate along with whole body and close up photos. Applicants below 18 years old should bring written parental consent and their parents ID.

Continue reading below ↓
The list of Kapuso talents who will be performing on each venue are:


Stay tuned to GMA-7 this Sunday, August 30, for the announcement of audition dates per location.