Nonito Donaire Jr. has a rhythm all his own in Celebrity Duets 3 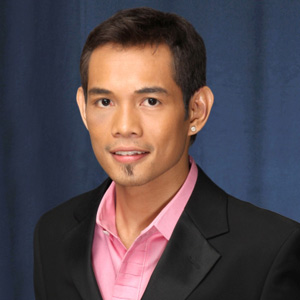 For Nonito Donaire Jr.'s soothing rendition of Jason Mraz's "I'm Yours," Celebrity Duets 3 judge Tessa Prieto-Valdes predicts that the boxer will reach the grand finals of the reality singing competition. He shone in the September 5 episode despite the fact that the boxer was recently diagnosed with dengue.

Anyone with a wide range of musical preferences would have loved the September 5 episode of Celebrity Duets 3. The contestants chose to cover songs ranging from ballads, to soft rock, to light rock.

"Hot as always" best describe 2008 Binibining Pilipinas-World Janina San Miguel last Saturday. Janina gave her rendition of Lady Gaga's "Poker Face," a performance that was as sexy as her figure.

Former celebrity duet champion Tessa Prieto-Valdez agreed with Danny. She said that she enjoyed Janina's recent performance better, saying that the beauty queen in more expressive this time around.

Fellow judge and veteran director Freddie Santos said that he shared the appreciation over the performance.

"Higit sa lahat, nagustuhan ko yung fact that you were really enjoying yourself. Nandyan na yung sitwasyon, e. Either you enjoy it, or you don't, and you did. And, yes, you gotta fix your singing more and more but you fix the singing unti-unti, yun dadating. Yung enjoying yourself, yun instant kaya mo kaagad," he said.

Freddie said that Niccolo's performance this week far surpassed his previous performance, saying that it was "200 percent better than last week."

Danny agreed. He admired Niccolo's risk in using second voice for his performance. He said it takes a lot of confidence to attempt such an act in this contest.

The judges didn't quite agree with one another regarding actress Gina Alajar'sstaging of Amy Winehouse's "Will You Still Love Me Tomorrow." Ferdie said that Gina's performance was as good as last time. He said that actress is still incapable of pulling off a performance based on raw music.

"Compared to last week, not as good. Last week, the song that was picked, gave you something to play with. Dito, we're down to bare music. It's a little too soon for you to try this kind of song," he observed.

The two other judges, however, partly disagreed. Danny appreciated how Gina "sang from her heart. Gina also received approval from Tessa, who later compared the actress to Demi Moore.

"Hindi ako gaano agree sa sinabi ni Direk Freddie. Although tama siya na ngayon kasi, mas napansin namin ang singing. Napansin namin yung mga off na tono. Pero what I like about you is that you sing from the heart. And there is always truth in your performance," Danny said.

"Allergic ako sa ballad. But for this early time, you carried a ballad but it was not too bad. I think you can sing and like what Danny said, we felt the love. Ako naman, si Demi Moore," said the female judge.

Japanese-Brazilian model Akihiro Sato received the same mixture opposing opinions from the judges. His Enrique Iglesias ("Bailamos") performance, was a bit dull. One can say that he lacked the necessary energy to bring the crowd to cheer.

Danny said that Akihiro should come out with a gimik to save his future performances. Direk Ferdie also expressed his disapproval, saying "idadaan ko na lang sa ngiti."


The boxer had rhythm. Nonito Donaire Jr.'s staging of Jason Mraz's "I'm Yours" packed quite a punch. His light, soothing performance was relaxing.

All judges were in awe of his performance. Tessa said that based on this performance alone, Nonito is someone who is likely to reach the finals.

"I felt the love and my co-judges were smiling the whole time, which is rare. You really grooved there. I can see you in the finals. Delightful. Ang ganda dahil ang gaan. Hindi puwersado," said Tessa.

"Totoo yung sinasabi nila na ang boxer may rhythm. Nasa tiyempo ka. Bagay sa 'yo 'yang song na yan," Danny pointed out. This comes as a pleasant surprise considering that the boxer has been recovering from his bout with dengue.

The episode continued with slow music, as Maxie Cinco staged Dionne Warwick's "I'll Never Love This Way Again." His performance had a lot of choreography, which worked against him, according to Ferdie.

Danny, on the other hand, felt that something was missing from Maxie's performance. He said that the fashion designer should come up with a gimmick next time in order to make himself remembered.

Tessa, meanwhile, suggested to Maxie not pick a ballad as a contest piece. She observed that Maxie was nervous during the performance.

The episode continued with Jomari Yllana staging another ballad. This time it was Ewan McGregor's "Your Song." Jomari's voice was soothing, soft enough to comfort viewers.

Both Tessa and Ferdie approved Jomari's performance. The socialite even commented that that night, his was "the best ballad."

Danny, however, felt that the actor needed to work on how he communicates with a song.

From slow and soothing, the atmosphere shifted to lively and energetic. True enough, cosmetic surgeon Mikaela Bilbao was able to pull the energy up with her performance of Madonna's "Like a Virgin."

The judges expressed their approval over the sizzling hot performance, saying that it was far better than last week. They added, however, that Mikaela still has a lot things to work on.

"There is more commitment from you this week than last week but I think you can still give way more. Way more pa. Kaya pa yan," Ferdie said.

The final performance carried a more humorous tone. Entrepreneur Joel Cruz's staging of "I Know You Miss Me," gave the episode a light conclusion. The judges said that they liked the performance in general but it could have been done better.

Who will be the first person to be eliminated in Celebrity Duets 3? Find out tonight, September 12, when it airs right after Wish Ko Lang on GMA-7.