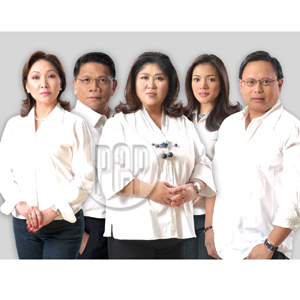 A brainchild of Jessica Soho, GMA-7 Network's vice-president for news, Philippine Agenda veers away from the personalities of the campaign and instead focuses on issues that elected officials should address.

The eight-week run of the program, slated every Sunday at 7 p.m., will tackle problems concerning education, corruption, crime and justice, housing, job security in the Philippines and abroad, health, the environment, and hunger.

The most senior staffers of GMA-7 News and Public Affairs researched these episodes, gleaning facts from countless studies and from the experts while also documenting the situation of ordinary citizens on the ground.

Meet teachers, doctors, government officials, policemen, overseas contract workers and find out how their lives were affected by the lack of good governance.

Philippine Agenda aims to raise the level of concern and awareness of viewers about the country's recurring problems so that in turn, they can make sound choices come election day (May 14).

Complex issues will be made comprehensible and significant events placed in context, so that voters will know how this year's elections can impact the nation. Ultimately, elections should not serve the politicians' agenda but the agenda of the people.

According to Ramon Casiple, executive director of the Institute for Political and Electoral Reform (IPER), the country "absolutely needs a show like this para itaas ang ang consciousness ng tao sa politika." However, he points out that the "primetime audience might not be able to appreciate this kind of show."

Philippine Agendastarted airing last March 25, 7 p.m. Its next episode on April 8 will discuss the state of corruption in the country.