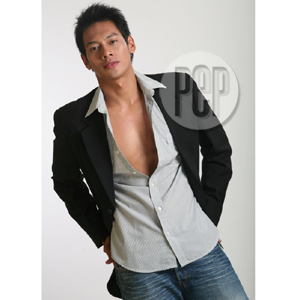 After weeks of planning, Slovenian Big Brothermanagement finally announces its selection of "basketball hunk" Bruce Quebral to live among the rest of SBBhousemates in the Republic of Slovenia.

According to Igor Bratoz, creative director of Slovenian Big Brother (SBB), the management had a hard time choosing among the remaining Pinoy Big Brother housemates. In the end, they chose Bruce because according to Igor: "I think he will bring some competition among men in the house because actually we don't have such good-looking guys in the show right now...we found that Bruce, his dynamics and even his looks, would be perfect for the Slovenian Big Brother."

Bruce will reside with the rest of Slovenian housemates for one entire week, giving him the chance to live and learn their culture, and impart something of Filipino culture to Slovenians as well.

He will be ordered to pack his things night before his departure without telling him the real reason for leaving. He will not be informed about where he's headed, and will be blindfolded from the time he leaves the PBB House, up until the moment when he boards the aircraft.

None of the remaining PBB housemates know about the said exchange; they will not be informed where Bruce is going and they will not have any idea if he's coming back or not.

Bruce is set to leave the country on Thursday, April 19, 12:20 a.m. while the Slovenian housemate will enter the PBB House on April 21 (Saturday) during the live show at 9:30 p.m.

It's one stimulating trip to the other side of the world-from Philippines to country of Slovenia and vice versa.

The Republic of Slovenia is a coastal alpine country officially seated in southern Central Europe bordering Italy on the West.

Just like the Philippines, a majority of Slovenians are Roman Catholics. Slovenians mainly speak the Slavic language.

It's highly progressive country, one that enjoys thousands of tourists each year fascinated by their rather remarkable culture.

East meets west and west meets east during the first ever Big Brother Swap in the country!