52nd Grammy Awards to be aired on Star World 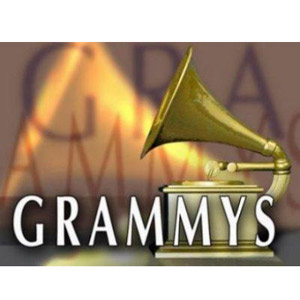 GRAMMY® winners Celine Dion, Jennifer Hudson, Smokey Robinson, Carrie Underwood, and Usher will give a moving tribute to Michael Jackson at the 52nd Annual GRAMMY Awards. The annual music fest will be shown on Star World this Monday, February 1, from 9 a.m. - 12:30 p.m.

This very special GRAMMY Moment will feature the never-before-seen 3-D mini-movie for Earth Song that was created by Jackson as the centerpiece of his much anticipated "This Is It" tour but was never seen by the public prior to this GRAMMY performance.

The 3-D film was created to support the performance of "Earth Song," an original composition for Jackson. The song has a strong theme about the future of the planet, and Jackson saw it as a unique opportunity to deliver a message to millions of people who would have seen him on tour.

"It was one of the most important portions of the concert tour to Michael and when Michael saw the film for the first time at his last rehearsal, there were tears in his eyes," said Ken Ehrlich, GRAMMY co-executive producer and long-time Jackson associate, who was also at the rehearsal that night.

"This very special GRAMMY Moment will feature some of our most respected GRAMMY recipients, all of whom have a great love for Michael," added Neil Portnow, president and CEO of The Recording Academy. "This segment promises to be an emotional highlight of this year's show, and is sure to join the unique list of amazing performances for which the GRAMMY Awards have become renowned."

This special segment also represents another GRAMMY technical breakthrough in that it will be the first time a major awards show broadcasts in 3-D. The GRAMMY Awards also were the first awards show to broadcast in high definition and 5.1 surround sound (2003).


The music industry's premier event will take place on Sunday, January 31 (Monday, February 1 in Manila), at Staples Center in Los Angeles and will be broadcast in on Star World live with a primetime encore at 8 p.m. - 12 midnight on the same day.

All five Album Of The Year nominees are set to perform that night well: Beyoncé, the Black Eyed Peas, Lady Gaga, the Dave Matthews Band, and Taylor Swift.