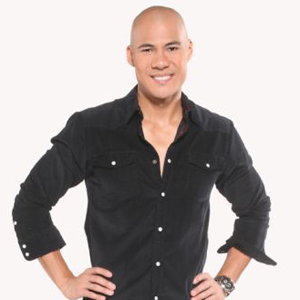 Rovilson Fernandez, together with Ang Pinaka's "panelistas" give the lowdown on aphrodisiacs in the pre-Valentine episode of his show. Ang Pinaka, Reunions, True Stories and Misteryo make up Q Channel 11's Sunday Public Affairs roster.

The formidable quartet of Ang Pinaka, Reunions, True Stories and Misteryo is set to dish out more stories that will keep people talking. This Sunday: the top food to put anyone "in the mood," a woman with only an old letter to help her find her older sister, young women who trade sex for a kilo of rice, and more chilling, spine-tingling, thought-provoking stories on the bigger and better Public Affairs lineup on Q Channel 11's Sunday primetime.

SWAK NA APHRODISIAC. Starting off the Sunday Public Affairs block is Ang Pinaka (6-6:45 pm), one of Q Channel 11 's most successful and longest running programs. This week's edition of the country's favorite countdown show is a pre-Valentine offering, featuring the top 10 "Ang Pinaka: Swak na Aphrodisiac." Much sought-after particularly during the season of hearts, an aphrodisiac can be a food, drug or anything that is believed to intensify sexual desire.

LOOKING FOR ATE NORMA. Next on the public affairs grid is Reunions (8:45-9:30 pm). Hosted by multi-awarded broadcast journalist Jessica Soho, the program renders Serbisyong Totoo to families in search of missing loved ones.

This Sunday, Reunions lends a much-needed helping hand to Rose who braved the big city not only to look for a job but also to try to find her older sister Norma. They have not had contact in years and Rose only remembers an old letter from her Ate Norma that bears a Dampol, Bulacan address. Reunions found a Norma Valles-dela Cruz in Brgy. Dampol, Plaridel, Bulacan. Could she be Rose's Ate Norma?

SEX FOR RICE. And then it's time for True Stories (9:30 to 10pm) which profiles the country's most interesting personalities. Award-winning broadcast journalist Vicky Morales steps outside the newsroom and into the lives of her interviewees to bring viewers some of the most unforgettable true stories.

This week, Vicky talks to a group of young women in Navotas called "mga babaeng palit-bigas." All minors, these women walk the streets at night offering sex in exchange for just about anything: a few pesos, food, even a kilo of rice.

THE MYSTERIOUS AND INTRIGUING. By 10 pm, be prepared for another spine-tingling encounter caught on tape as it happens in Misteryo. Host Ryan Eigenmann not only talks about the mysterious/intriguing topic for the day, he also gets to experience it! What horrors, chills, and thrills await Ryan, a famed character actor, on his first foray into reality TV hosting?

Don't miss the Public Affairs lineup that has people talking—Ang Pinaka, Reunions, True Stories and Misteryo, this Sunday only on Q Channel 11!