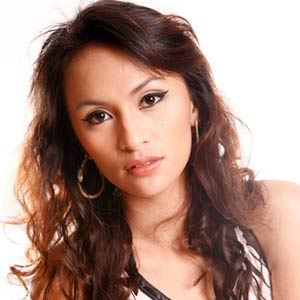 Always cheerful, Mariel Soriano remained all smiles as her name was announced as the one to go. She was very grateful for the experience, sharing that the greatest lesson she learned in the Pinoy Big Brother House is to be tough, "Kung akala mo di mo kaya gawin, isipin mo kaya mo, at magagawa mo na rin 'yan."

Known as the struggling single mom from Davao, Mariel bared a jarring past of having an affair with a married man, which resulted in a son. In a gripping season filled with twists and turns, Mariel's candor, cheerful personality and misunderstanding with fellow housemate Princess Manzon gave her a "love her or hate her" reputation among TV viewers.

RECAP AND CHAT. The eviction night started off with Pinoy Big Brother host Toni Gonzaga giving a recap of the week's biggest events inside the popular house, starting off with housemates Johann Morielle Santos and Jason Veron being sentenced to a white room face-off where they had to eat only white lugaw, and eggs while listening to drops of water and ear-piercing screams in order to win a Xevera two-storey house and lot in Pampanga.

Back to the live event, the other Pinoy Big Brother Double Up hosts Mariel Rodriguez and Bianca Gonzales joined Toni Gonzaga onstage, reciting the most recent vote standings of each of the Housemates who were masked by letters A, B, C, and D. Housemate A got 22.49 percent, Housemate B garnered 14.95 percent, Housemate C was able to get 17.99 percent, while Housemates D and E and F have 11.09 percent, 30.41 and 3.08 percent, respectively.

Toni then had a live chat with the housemates, asking them to give their final appeal as to why they deserve to be among the Big Five. Jason came up first, jokingly saying that he will love everyone who will vote for him, while Johan shared that he is deserving because he worked hard with all the tasks. Mariel focused on her being a very cheerful and happy person, Paul Jake Castillo reasoned out that throughout the entire season he has been true to himself, and Steve "Tibo" Jumalon simply stated that he believes he has proven himself worthy throughout.

After the chat, Toni resumed with the recap of last week's compelling events. Johan and Jason, who were trapped in the white room, were asked by Kuya to talk with each other for three minutes. Jason let his friendship with Johan prevail and pressed the button, signaling his giving up of the coveted townhouse prize, and walked out of the room.

Sen. Cayetano coached and referred a "Try and Try-Athlon" where the two teams composed of Paul Jake and Melissa, and Tibo and Mariel, had to swim 10 laps and figure out a puzzle, run on a cycle while singing "Pinoy Ako Bisikleta Ko," and run around the pool in superhero costumes. At the end of the games, the team of Paul Jake and Melissa won. Before the Senator left, she gave healthy and nutritious food, which she personally cooked, as a goodbye gift to the housemates.

GRATEFUL MARIEL ACCEPTS FATE. After the recap, Toni started the formal eviction process. She declared the two boys in the white room, Jason and Yohan, as safe, officially making them part of the Big Five. Toni then declared Paul Jake, the heartthrob from Cebu, free from eviction, too.

Mariel remained all smiles as her name was finally announced. She was very grateful for the experience, sharing that the greatest lesson she learned in the Pinoy Big Brother House is to be tough, "Kung akala mo di mo kaya gawin, isipin mo kaya mo, at magagawa mo na rin 'yan."

With the eviction of Mariel, more twists, turns and surprises are sure to unfold for the Big Five, composed of Melissa Cantiveros, Jason Francisco, Tibo Jumalon, Paul Jake Castillo, and Johan Santos.

What exactly is the Big Reveal, Big Truth, Big Kapamilya Challenge, and Big High-Five? Viewers will just have to tune in to Pinoy Big Brother Double Up to find out. The highly-anticipated PBB Big Date on the Big Night will be held on February 13, 2010 at the Ninoy Aquino Stadium. Tons of surprises are in store for the Big Winner, 1 million pesos from Jack And Jill, an Asia Tour Package from Jag jeans, a 1.4 million pesos Crystal Clear drinking water franchise, a 2.5 million house and lot from St. Monique Valais and 40-inch Sony LCD TV.